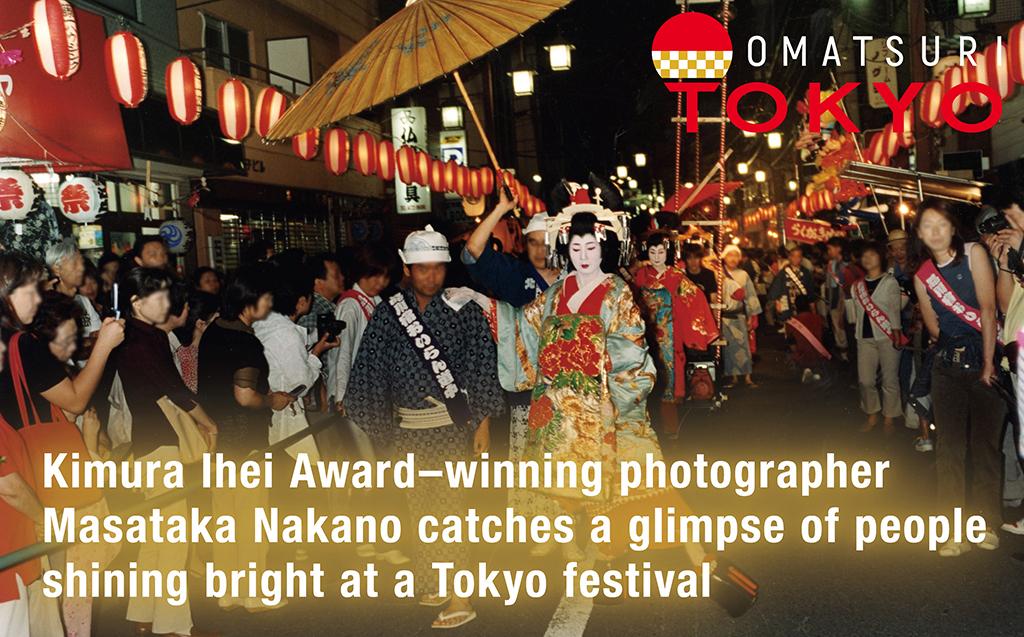 Photographer Masataka Nakano has a long career of photographing people and scenery in Japan and around the world, with special focus on Tokyo. He discusses the photographs he has taken, along with the colorful palettes of festivals and the glow of people attending them, from a photographer's perspective.

Nihonbashi is the starting point of the Fifty-three Stages of the Tokaido, the great coastal highway of Edo-era Japan. Shinagawa, to its west, flourished as the first post-town on the route from Edo (as Tokyo was then known) to Kyoto. It is here that the Shinagawa Shukuba Matsuri festival is celebrated, preserving Edo-era traditions and culture for future generations. Without question, the highlight of the first day of this two-day annual festival is the Oiran Dochu. In this event, beautiful women in resplendent clothing walk through the streets of the commercial district in the soto hachimonji style (pointing the toes of the back foot inwards, then sweeping it foot forward in an arc). During the Edo era Shinagawa was a bustling red-light district, as referenced in the phrase "Yoshiwara in the north, Shinagawa in the south," though this historical fact is scarcely remembered today. Considering that the Shinagawa post-town was a gateway to both land and sea routes, it is easy to imagine how lively it must have been.

When the sun sets and the district is enshrouded in darkness, re-enactors dressed as oiran (high-ranking courtesans and entertainers) appear, walking slowly down the street in white makeup from head to foot. Instantly the city street is transported back to Edo times. The oiran were the Hollywood stars of their day, stealing the hearts of the common folk of Edo. The elegance and sensuousness of this elite class of entertainers must have brought color and richness to the times and milieu in which they flourished. These modern-day oiran exude elegance and grace. Lit by the strobing flashes of cameras, their figures, shine with beauty, adding to the glittering festival’s splendor.

The dazzling spectacle of the festival enthralls me every time. The fascination emerges not just from the beautiful costumes but by the energetic glow the re-enactors exude in their roles. Their dramatis personae allow them to be truly free as they take center stage. 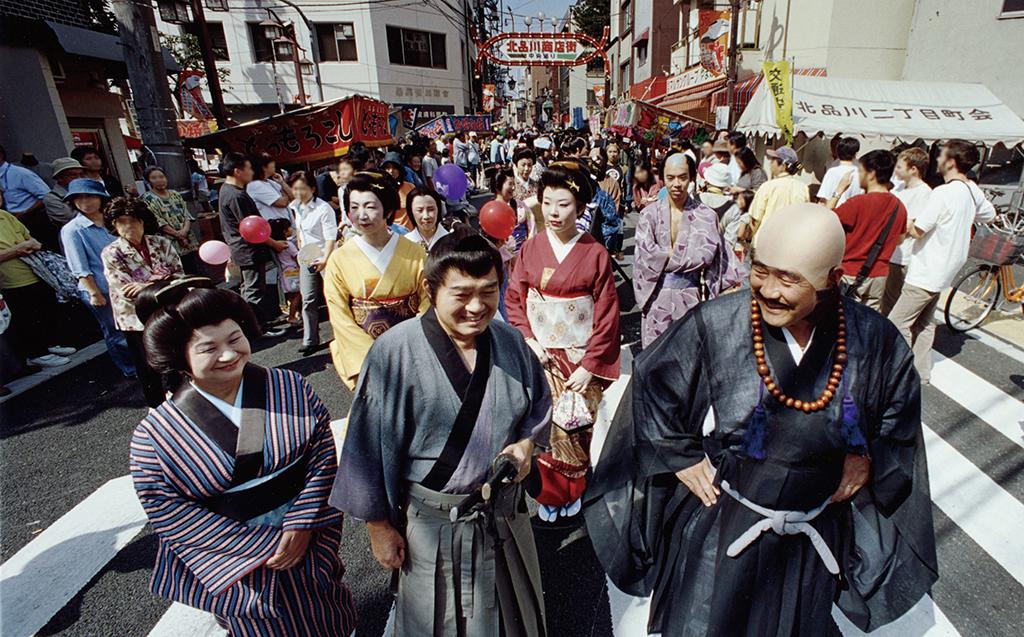 The Edo Fuzoku Parade, held on the second day of the festival, is also fascinating. The old Tokaido Road was the route taken by the daimyo lords and their retinue as they traveled between Edo and Kyoto under sankin kotai: a system imposed by the shogun in which daimyo throughout Japan were obligated to alternate between residences in their home regions and Edo. In this parade, a hundred or so people, selected from an open pool of applicants, dress as samurai, merchants, young townswomen, and other figures from the Edo era. Each person in the parade loses themselves in their part, but some dress so eccentrically that you wonder, "Who is this person supposed to be?" As they watch the parade, the onlookers’ smiles never fade. Of course, the processions of daimyo lords and their retinue during actual Edo times were much more solemn, and the commoners that observed them must have done so with serious faces, but this modern procession is much more of a commemorative festival, bringing re-enactors and spectators together as one for a lively celebration.

The secret to photographing a festival is to truly become part of it. I also joined in the parade, immersing myself in the fun of taking photos as I cast my mind back to Edo times. 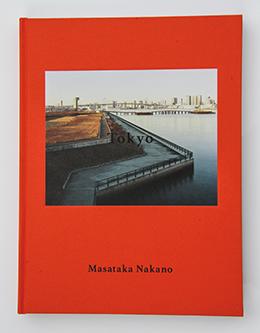 Born in Fukuoka Prefecture in 1955. Moved to Tokyo the following year, where he has lived ever since. Graduated from Musashino Art University's College of Art and Design with a degree in Visual Communication Design in 1979. Began working as a freelance photographer in 1980. Projects included advertisements and magazine covers. In 2000, Nakano published Tokyo Nobody, (Little More), a collection of photographs of Tokyo without people. This work caught the popular imagination, influencing movies and literature. The next year, he was awarded the Photographic Society of Japan Awards Newcomer's Award. In 2005, he published Tokyo Windows (Kawade Shobo Shinsha), a collection of photographs of Tokyo's features taken through the windows of buildings, for which he won the 2004 Kimura Ihei Award. From 2019 to 2020 he presented a photo exhibition simply entitled Tokyo at the Tokyo Photographic Art Museum.
http://www.artunlimited.co.jp/artists/masataka-nakano.html