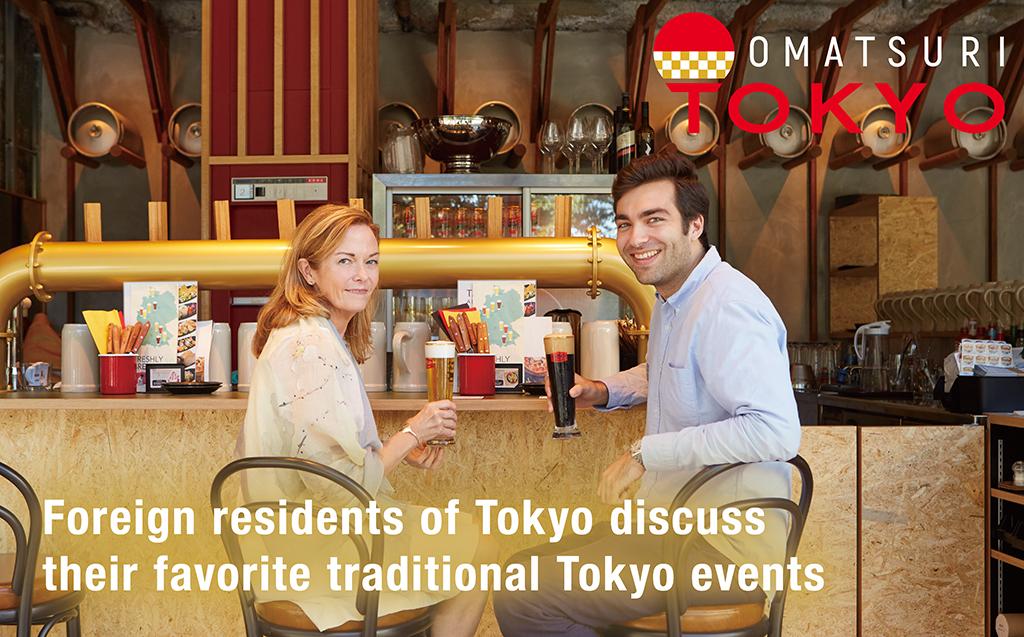 Peter Sayn-Wittgenstein is a German Tokyo resident and one of the partners at Schmatz, a modern German restaurant with locations primarily in the Tokyo metropolitan area. Marybeth Boller is an American Tokyo resident who served as private chef to former US Ambassador Caroline Kennedy. She is currently a catering chef and chef consultant. Upon coming to Tokyo, the two were surprised at how many traditional events are held here. They see these events as "festivals," one of the things they enjoy about living in Tokyo.

Why we chose Tokyo

Peter: In my late 20s, while living in Germany, I decided I would one day go to Tokyo. Hearing people who had visited Tokyo recall their experiences sparked my curiosity. One of the things I found particularly interesting was the wealth of seasonal festivals and traditional events. Germany, of course, also has many festivals, but Japan's festivals all place great value on local culture. I was also surprised at the things one could learn about Japan's unique spiritual culture and life customs through these festivals. 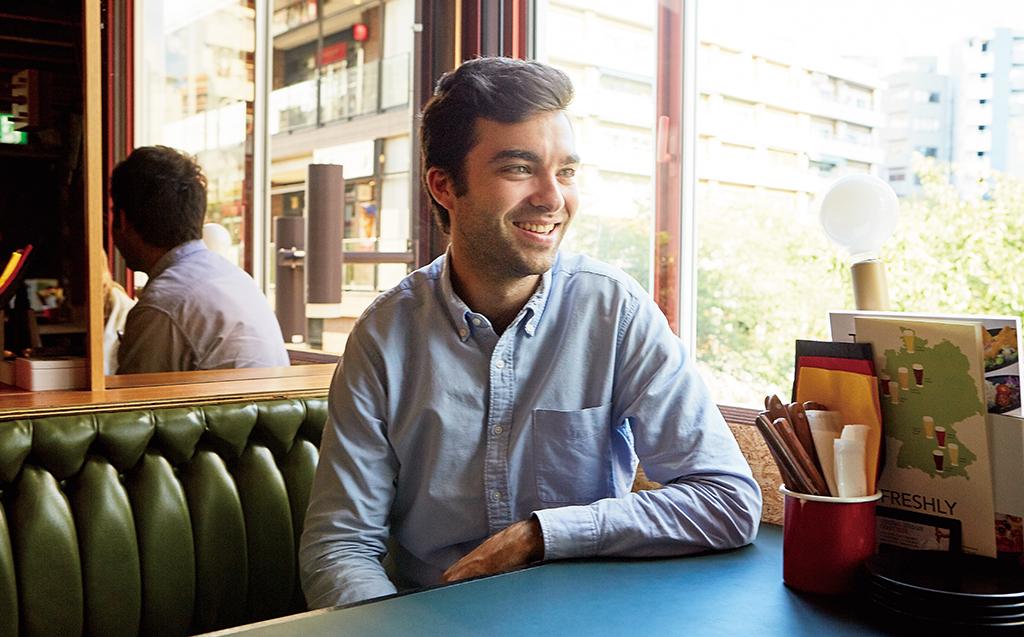 Marybeth: I was fortunate to be able to come to Japan as the Executive Chef of the US Embassy Residence in Japan when Caroline Kennedy was appointed ambassador. As a chef-in-residence, I learned about Japanese customs and business practices through the ambassador's lifestyle and social functions. When Ambassador Kennedy finished her term in office, I decided to stay in Tokyo not only because of its favorable climate and the warmth of the people, but also, as a chef, because of the profundity of Japanese culinary culture and my desire to learn more about the wonderful ingredients of Japan. For me, Tokyo was a place where I could try foods from all across Japan. 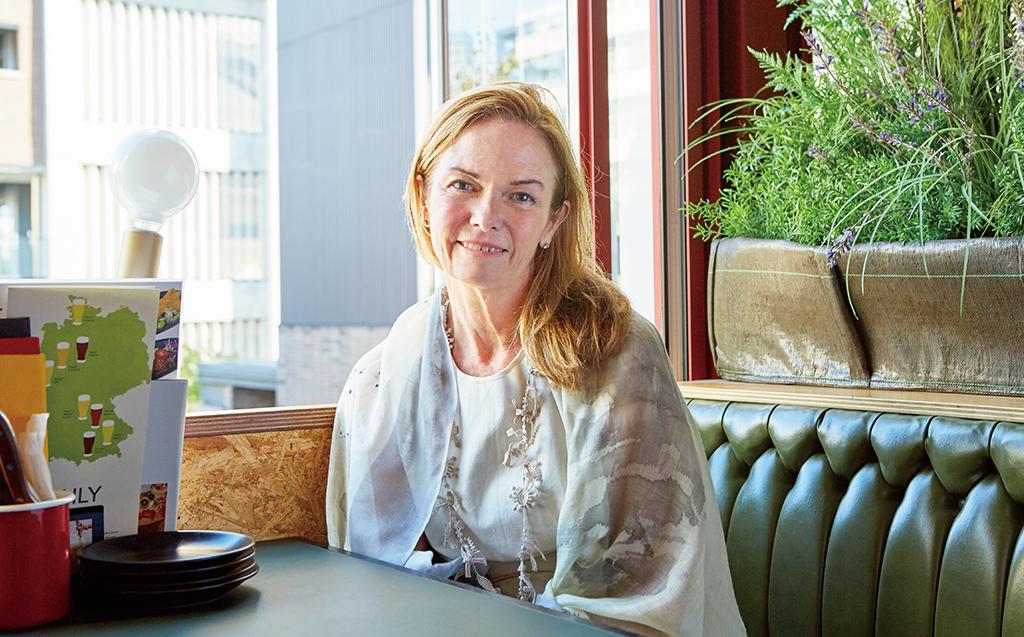 Japan has such a tremendous diversity of traditional events!

Peter: The close ties between food and events is a particularly Japanese one. The place we are having this conversation, the Nakameguro location of our Schmatz restaurant group, was opened during the cherry blossom season. Nakameguro is one of Tokyo's famous cherry blossom spots, with blossoming trees lining the Meguro River. The cherry blossom viewing season is a busy season for restaurants. Customers love drinking beer, enjoying delicious food and viewing the cherry blossoms. It's a truly wonderful custom. It brought us great joy to see so many people around our restaurant with our pink pretzels, sasuage-on-a-stick and beers in hand. 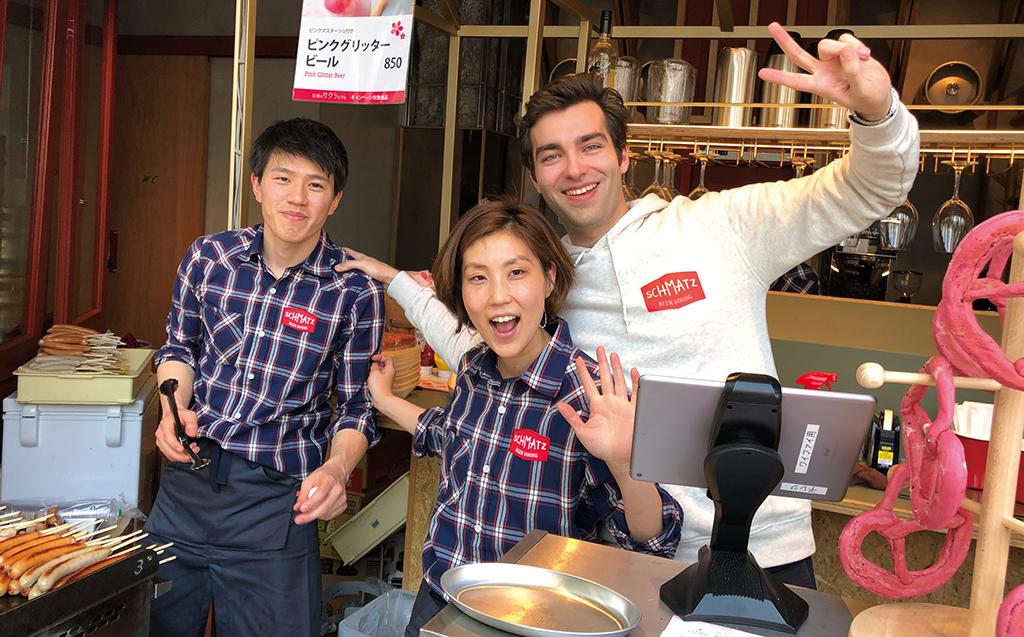 Marybeth: I feel like, all year long, Japan has more celebratory events, where people gather together, than we do in the West. America has Christmas and Thanksgiving, and that's about it. Japan has New Year's and cherry blossom viewing, Setsubun (spring bean-throwing festival), Boy's Day and Girl's Day, autumn moon viewing and more. There is a culture of respecting tradition throughout the four seasons, and festivals are sprinkled throughout the year.
The foods eaten and served vary from event to event. With each experience with this culture, I feel a truly Japanese sense of subtlety.

Tokyo has welcomed us

Marybeth: Peter, you run a chain of German restaurants in Tokyo. How has the reaction been?

Peter: Tokyo is a truly diverse city. We decided to launch our restaurant here because of the welcome it has shown us. Of course, we worked hard to be accepted. Before the founders, Christopher and Marc, opened Schmatz, they researched popular Tokyo restaurants and found things that Tokyo and Germany shared in common. These included, for example, potato salad and sausage. These are typical dishes in Tokyo's Japanese-style pubs, but in Germany, as well, people enjoy sausages with beer, and there are numerous dishes made with potato. The great love of beer is another thing the two cultures share in common.

Peter: However, when Schmatz was created, the German restaurants in Tokyo were all high-end restaurants, so they were a little unapproachable. Our founders decided to take the casual approach, led by a desire to "create a casual, comfortable restaurant in the stimulating city of Tokyo where customers can enjoy German beer and novel German dishes."

Marybeth: Localization is important. That's why it's essential to understand both cultures. I chose Tokyo because the culinary cultures of all parts of the country come together here, but I also have found Tokyo very accepting of the flavors of cuisines from around the world.

Peter: The people of Tokyo are very accepting, and not only of food. You can feel this acceptance when it comes to festivals as well. All kinds of shrines and temples hold festivals, and the celebrations differ widely depending on local customs and the gods that are worshipped. It's the kind of diversity that you come to expect from the people of Tokyo!

Peter Sayn-Wittgenstein studied business management at the prestigious IE Business School. After graduating, he developed his career through experience in a broad range of fields. Since joining Schmatz, he has primarily been responsible for business and site development. He also has a deep love of music and is part-owner with close friends in a music label. Multilingual, he speaks German, English, and Spanish, and has lived in ten different countries.
Schmatz website:
https://www.schmatz.jp/

Marybeth Boller has held key positions in numerous famous restaurants led by world-famous chefs in cities such as New York and London. In 2004, she opened Marybeth's Caterers. In 2014 she was appointed Executive Chef of the US Embassy Residence in Japan. She is currently an active member of the culinary world in Tokyo as a catering chef and corporate chef consultant.
Marybeth Boller's website:
http://marybethboller.com/