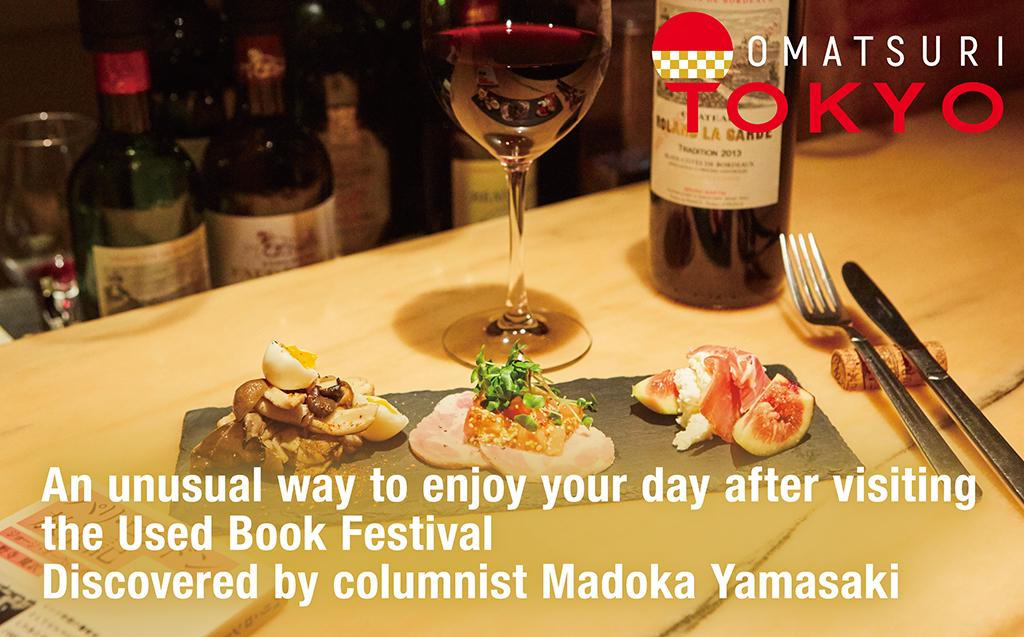 Columnist Madoka Yamasaki has many years of experience visiting the Kanda Used Book Festival. The site of the festival, Jimbocho, is home not only to secondhand bookstores but many other enticing establishments as well. Here she shares some favorite spots to drop in at to make a trip to the festival even more enjoyable.

I was so happy when the Jimbocho Theater opened in 2007, 12 years ago. I could enjoy both movies and books, the best Jimbocho had to offer! Classic movies are a perfect fit for an area known for its secondhand books. In fact, they were such a perfect fit it was a mystery that it had taken so long to bring the two together.

The theater is located in a modern building, an unlikely location for a classic film theater. The screen is located underground, and the concrete walls of the 1st floor are covered with still shots from special screenings and film commentaries. One area exhibits the books on which films were based. When Karei Naru Tatakai (literally translated, "A Brilliant Battle") (1969) was shown, I lent the theater my copy of its source novel, Sawako Ariyoshi's Karinui ("Fitting").

When I visit the theater, I sit down in one of the gray seats and wait, enveloped in the darkness. Studio logos, like those of Shochiku, Toho, Daiei, and Nikkatsu, appear on screen, and it is like I have slipped back through time. I've had opportunities to enjoy old Japanese movies in traditional movie theaters in other towns, but it wasn't until I began going to the Jimbocho Theater that I came to appreciate the true allure of old Japanese film, which holds its own against contemporary Hollywood and European film. 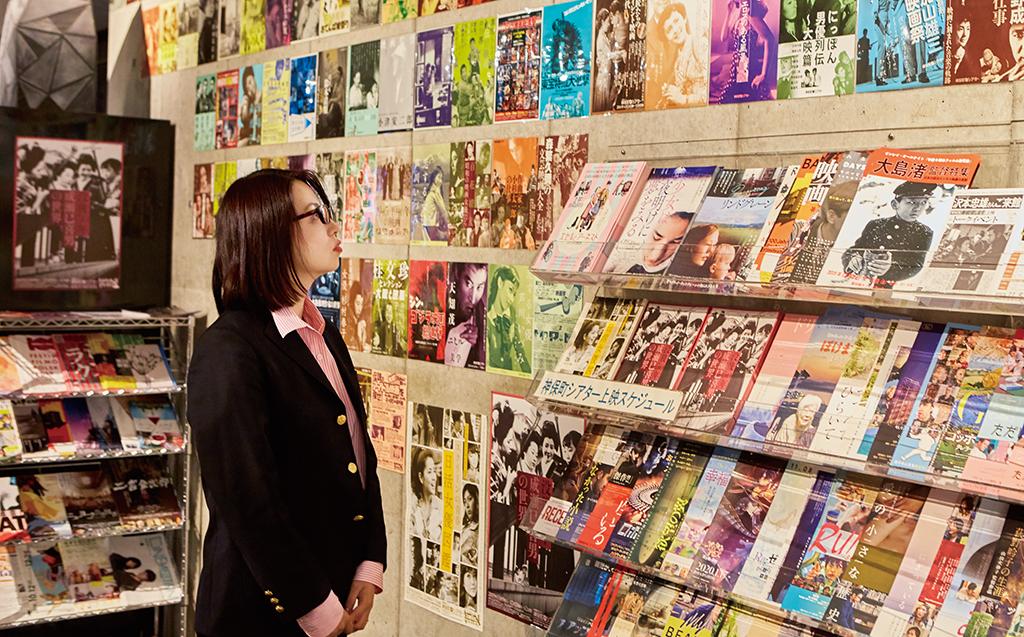 In the 1950s and 1960s, numerous bestselling novels and essays were turned into films. Sometimes I watch classic adaptations of secondhand books I bought in Jimbocho, and other times I watch movies and then go out afterwards to the secondhand bookstores in search of the books the movies were based on. In the Japanese noir film, Shobu Wa Yoru Tsukero ("Fight It Out at Night") (1964), featuring Jiro Tamiya, I saw a pocket mystery novel from Hayakawa Publishing used as a prop. When the movie ended, I went on a secondhand book hunt and picked up a copy.

Normally, I prefer tea, but after watching a classic film or buying a secondhand book, for some reason I am struck by a desire for coffee. Jimbocho is home to many retro coffee shops, but in 2015, Glitch Coffee & Roasters opened on Chiyoda-Dori Avenue. This was a new style of coffee shop, typical of the coffee shops of the "third wave" of coffee. The interior has a cool, industrial design aesthetic, showcasing the unadorned walls and floors of the old building. The German-made Probat coffee roaster is a prominent feature.

One of the novel aspects of the coffee shop is that the coffee isn't served in coffee cups, but in beaker-like glass vessels and Japanese-style teacups, borne on trays. The trays also have small cards with information about the coffee beans. The coffee served by this shop is clear, and its acidity is accompanied by a certain fruitiness. Not only does drinking it relax you, but it also clears the mind and the heart. It's the perfect cup of coffee to enjoy while reading a book you have just picked up, or when jotting down notes about a film you have watched. 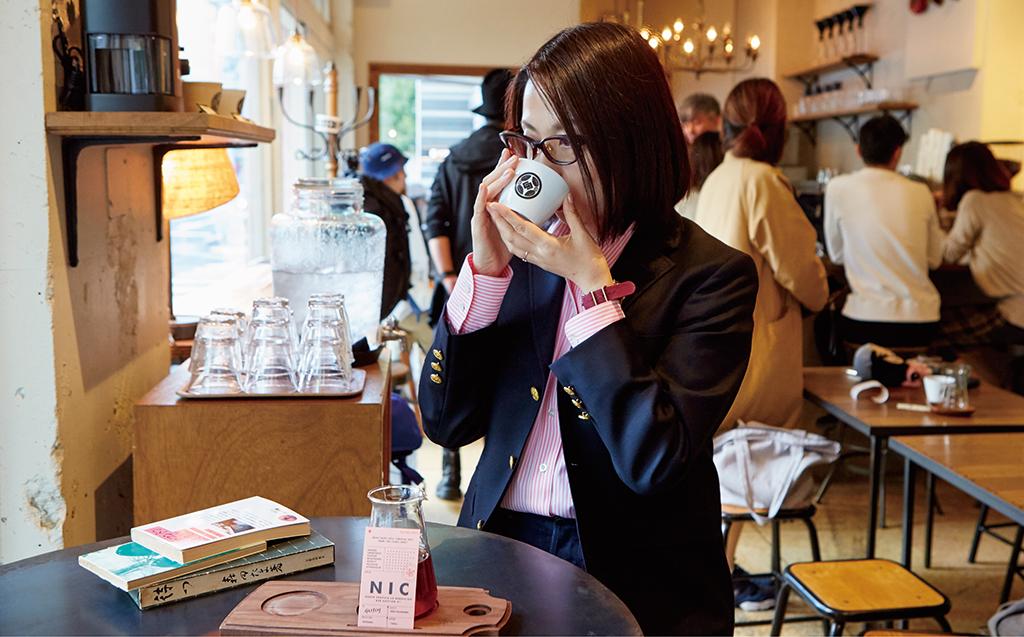 When the secondhand bookstores start closing down for the evening, I don't want a cup of coffee, but would rather enjoy a glass of wine. For some time I've had my eye on L'epique, a Bordeaux wine bar that opened in 2016. It is sandwiched between secondhand bookstores fronted by wagons filled with light brown book collections bound with plastic string. The café’s blue doors and pale yellow awning, with the name of the bar written in French, are cute and vivid. The narrow interior has only eight seats, arranged along the counter. There are 10 bistro-style items on the menu to accompany wine. The first time I went, the bar was packed with regulars. Next to me sat a young man on his way home from work, who was engaged in lively conversation with the female owner of a secondhand bookstore, exuding the feel of a Jimbocho veteran. Looking at the two of them, who had never met before, becoming friends over glasses of wine, reminded me of the downtown bistros depicted in Hemingway novels. 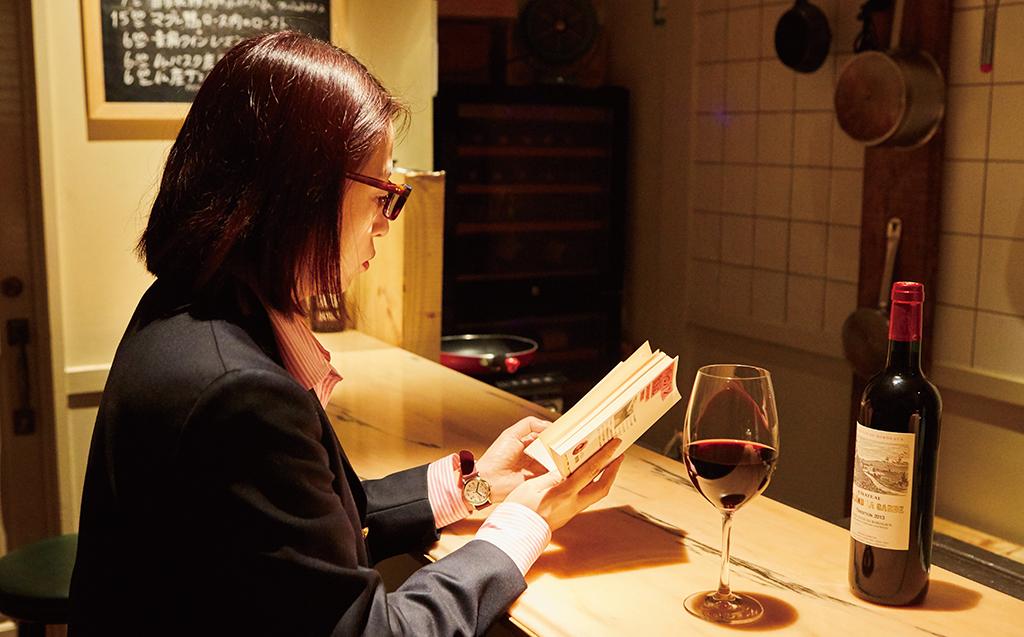 The raisin butter made with botrytized wine-soaked raisins, which I ordered along with a recommended wine pairing, was delicious. The female bookstore owner, looking at my plate, said to me, "I come here every week and order something new from the menu blackboard. Next time I come, I'm trying what you're having."

It's not the kind of bar that you settle down in for the long haul, but the kind you enjoy by ordering a glass of wine, having a bite to eat, and engaging in a bit of a chat. 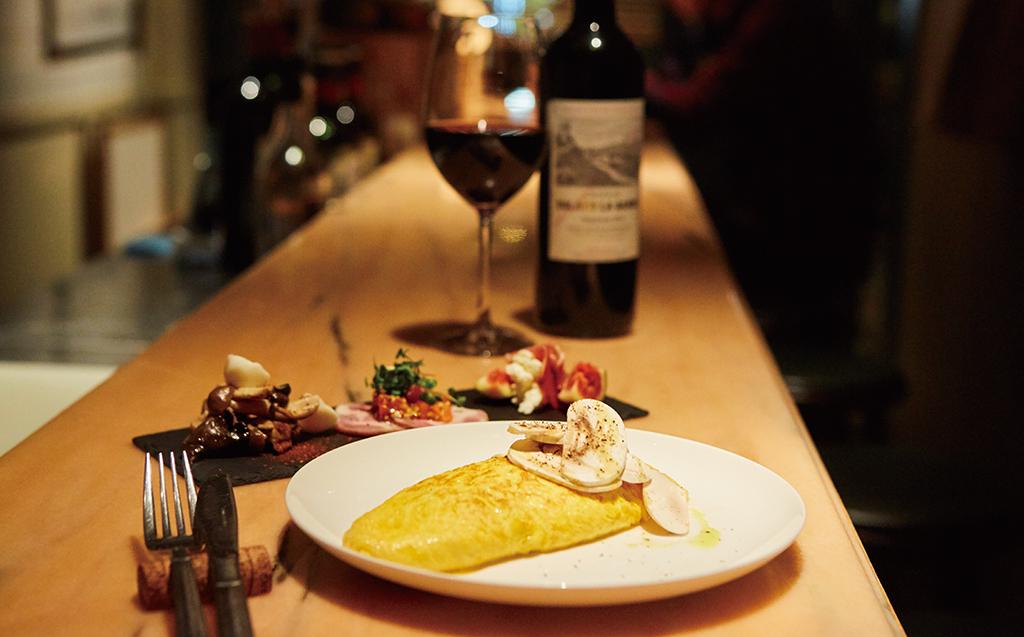 Madoka Yamasaki is a columnist and translator. She writes about topics such as women's culture, overseas culture, movies and literature. Her publications include "Reading Well is the Best Revenge" and "Movie Sentimentality: A Collection of Essays on Film by Madoka Yamasaki" (both published by Du Books). Her translations include Lena Dunham's Not That Kind of Girl (published by Kawade Shobo Shinsha). Instagram:@madokayamasaki