【PR】【Vol.17】The venue is an ironworks. A new type of festival combining art and music held in the Tokyo Bay area ｜AERA dot. (アエラドット) 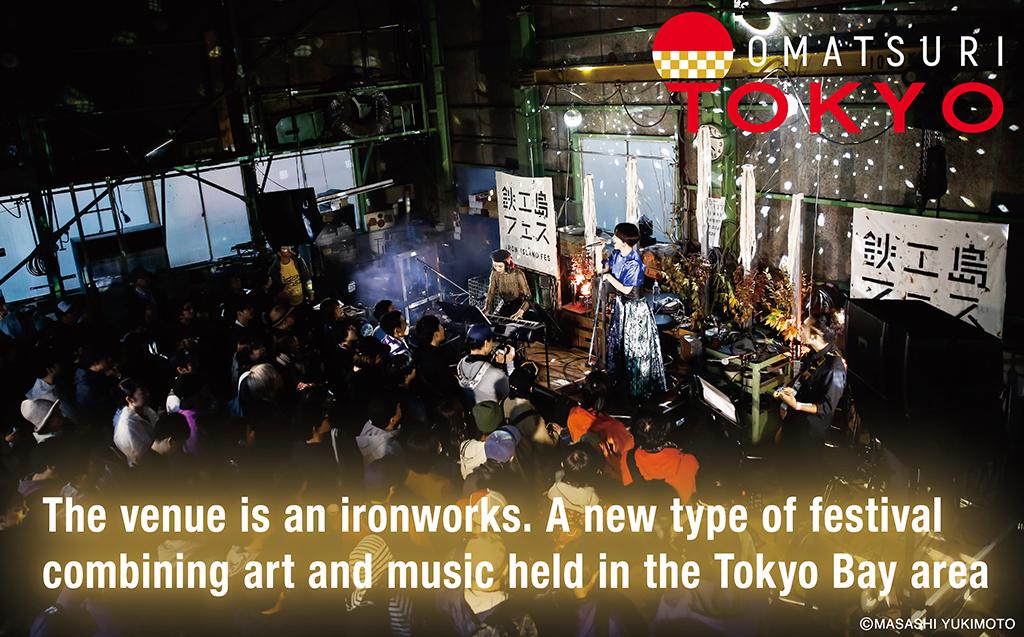 An enormous industrial estate covers Keihinjima in Ota City, Tokyo. A new type of festival combining art and music is held at the ironworks and recycling centers that stand here side by side. What is the background to this festival, which aims at revitalizing the community and creating a new sense of value?

【Vol.17】The venue is an ironworks. A new type of festival combining art and music held in the Tokyo Bay area

The starting point:a factory renovated to become an art factory

Keihinjima is a man-made island created in the bay area of Tokyo in the middle of the 1970s, when the oil shock was at its peak. The area around Kamata was already overcrowded with backstreet factories at that time, so they began to move to the island one after the other. This led to the formation of an enormous 103-hectare industrial estate hosting a large number of ironworks in an area equal to twenty-two Tokyo Domes. The Iron Island Fes is an art festival staged on this “iron island” and that is not to be found anywhere else. 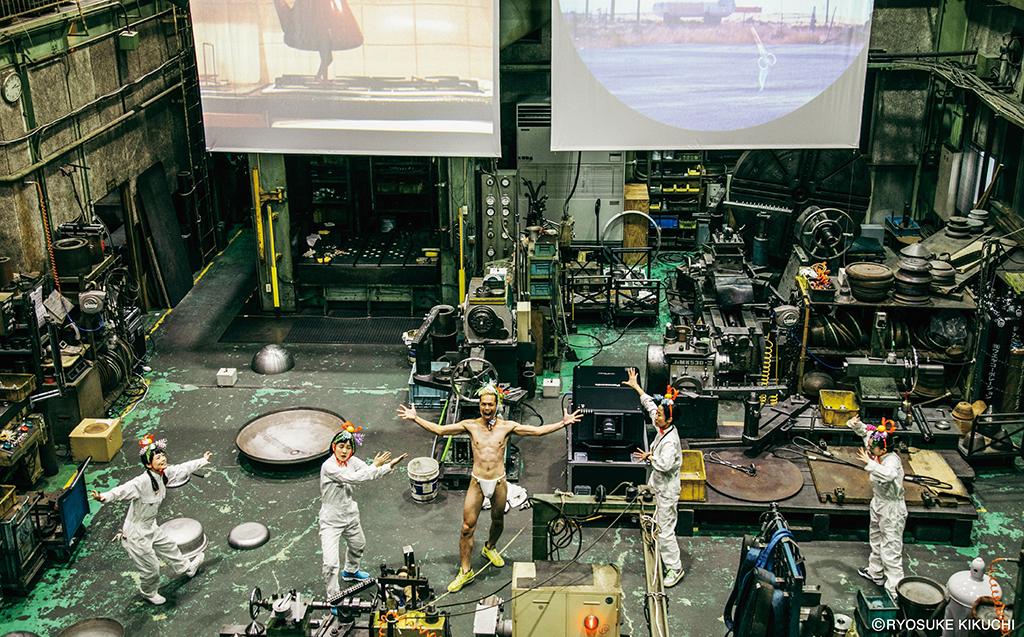 Nevertheless, several examples of industrial estates being turned into art areas can be found throughout Asia in recent years, such as 50 Moganshan Road in Shanghai and 798 Art Zone in Beijing. Also, BUCKLE KÔBÔ was opened on Keihinjima Island in 2016 as an open-access art factory. Some artists have leased an area that used to be a part of an ironworks, where they continue to produce their work. Although BUCKLE KÔBÔ is used as an art factory, it is also opened to the general public on a regular basis for live events. The Iron Island Fes was first held in 2017 as an extension of this concept.

The main venues consist of BUCKLE KÔBÔ, the Suda Ironworks and the Keihinjima Disaster-Prevention Plaza. The Iron Island blossomed in the first year of its establishment with a variety of performances by Takkyu Ishino, Tavito Nanao and TRI4TH, as well as an exhibition of gigantic paintings by manga artist Takashi Nemoto and showings of Tetsuo: The Iron Man and other movies directed by Shinya Tsukamoto. Seeing the live performances and DJ performances taking place in an ironworks, in which most people never get the chance to set foot, creates an enormous impact. This extraordinary space surpasses other club events, and has been attracting keen attention since its inaugural year. 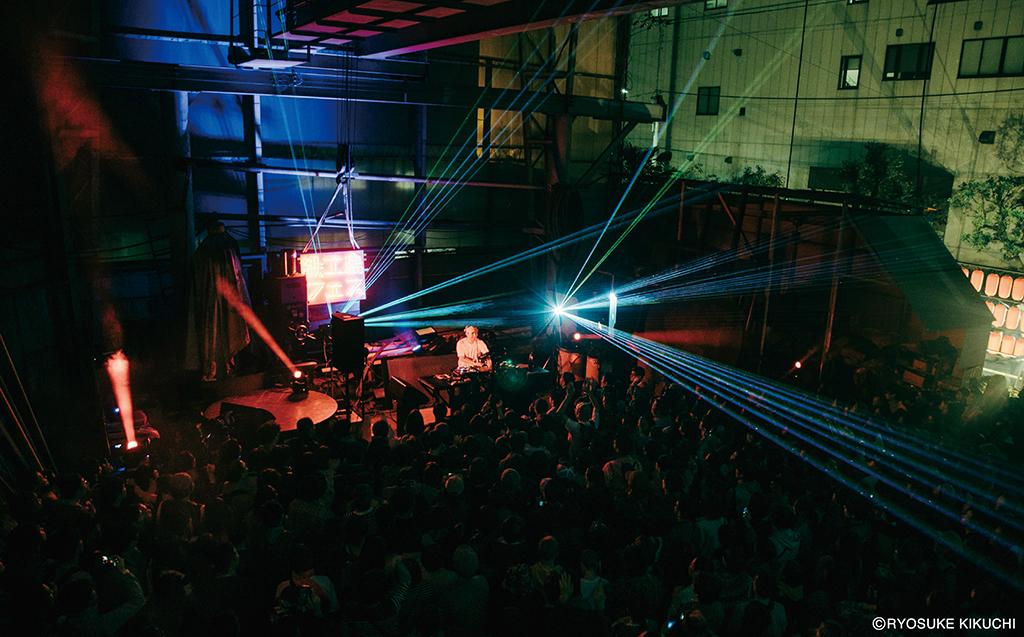 One of the main features of the Iron Island Fes is that the works produced exude an awareness of the particular cultural climate inherent in Keihinjima. The artist collective SIDE CORE, involved in the running of BUCKLE KÔBÔ up until now, produced their works while in residence on Keihinjima. In addition, the theater group, Faifai, active mainly in Tokyo, produced works based on bay area themes. Light has also been shone on the indigenous spirit of the bay area with the use of the traditional festive song Haneda-bushi about the Haneda area.

The artists in the factory have also collaborated with factory craftspersons to create the Electronicos Fantasticos! project that uses old electronic appliances resuscitated as musical instruments. In addition to factory fans remodeled as instruments, the factory craftspersons also appear on stage. They are also involved in various other experiments, such as passing the electromagnetic waves emitted from old CRT televisions between the leader of Electronicos Fantasticos!, Ei Wada, the audience and other craftspersons to produce the Tsuden-no-Gi (Power Ritual) performance of electronic sound. 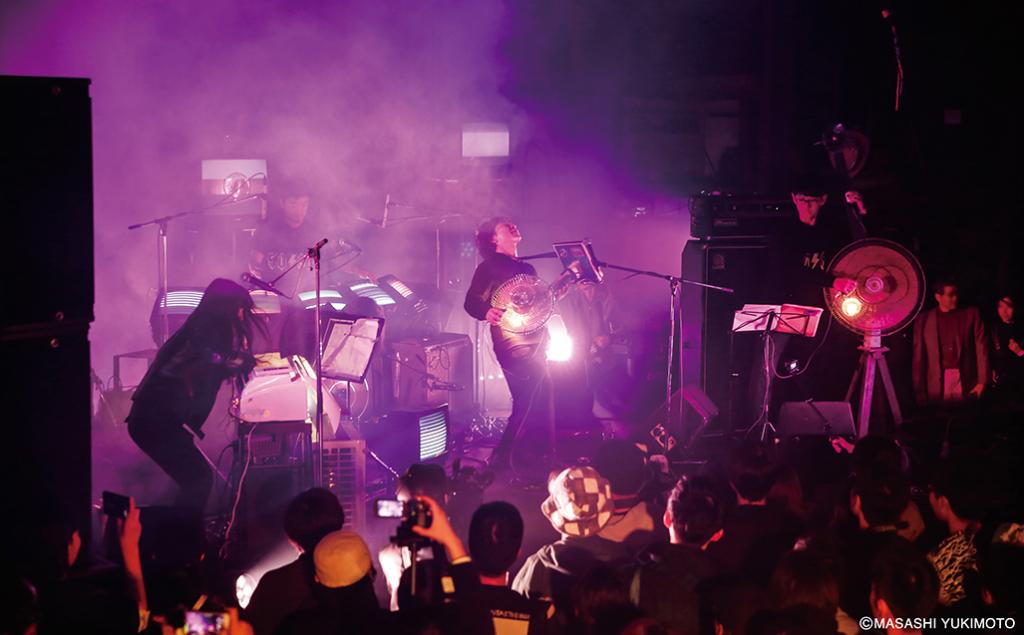 This combination of music and art is a way of discovering and expressing the cultural climate and indigenous spirit of this recently created Keihinjima AKA Iron Island. The Iron Island Fes represents a mission to try out everything, leading to a new type of festival.