【Vol.13】Rhythm takes the stage in a town in the expansive, mountainous region where western Tokyo begins. ｜AERA dot. (アエラドット) 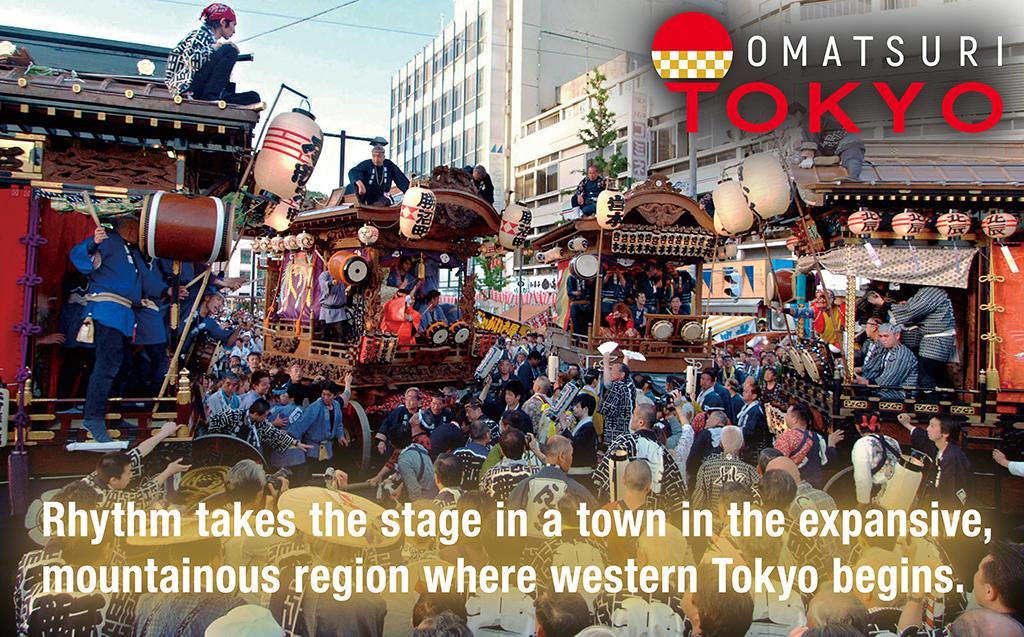 Tokyo’s diverse charms are apparent at any and every point of the compass – the metropolis is filled with sights to see and things to do. And the Ome Grand Festival (Ome Taisai) is yet another aspect of Tokyo for you to enjoy. The scene of the massive festival floats (dashi) parading through streets filled with lively musical rhythms is spectacular. This is a festival you’ll want to enjoy as you take in the historical townscape of Ome City.

【Vol.13】Rhythm takes the stage in a town in the expansive, mountainous region where western Tokyo begins.

A festival with more than 500 years of history,
set in a former inn town.

An approximately 90-minute train ride from downtown Tokyo will bring you to Ome City, where the mountains of the Kanto region meet the Musashino Plateau. Ome was once a lively inn town on the Nariki-kaido Road, and prospered as a production center for the Nariki lime used in white plaster walls. Even now, downtown Ome City is dotted with old merchant houses and sake breweries. The mountains spread out into the distance and time moves at a more relaxed pace than in central Tokyo.

The Ome Grand Festival is this remarkable city’s best-known festival. Back in 1513, over 500 years ago, the worship hall of Sumiyoshi Shrine, a guardian shrine, had just been renovated, and festivals were held in five different areas, each centered on a particular local shrine. The Ome Grand Festival is said to date from then. Then, the parade floats (dashi) that have become a key element of the current festival made their first appearance in the Meiji period. Skilled doll masters of the Edo period created beautiful dolls for the floats, which still charm people today. Another attraction is the lively, rhythmic hayashi music (traditional Japanese music including flutes, drums, handbells and dancing) enthusiastically performed by groups of musicians. Today, countless visitors come from far and wide to see Ome City’s largest festival. 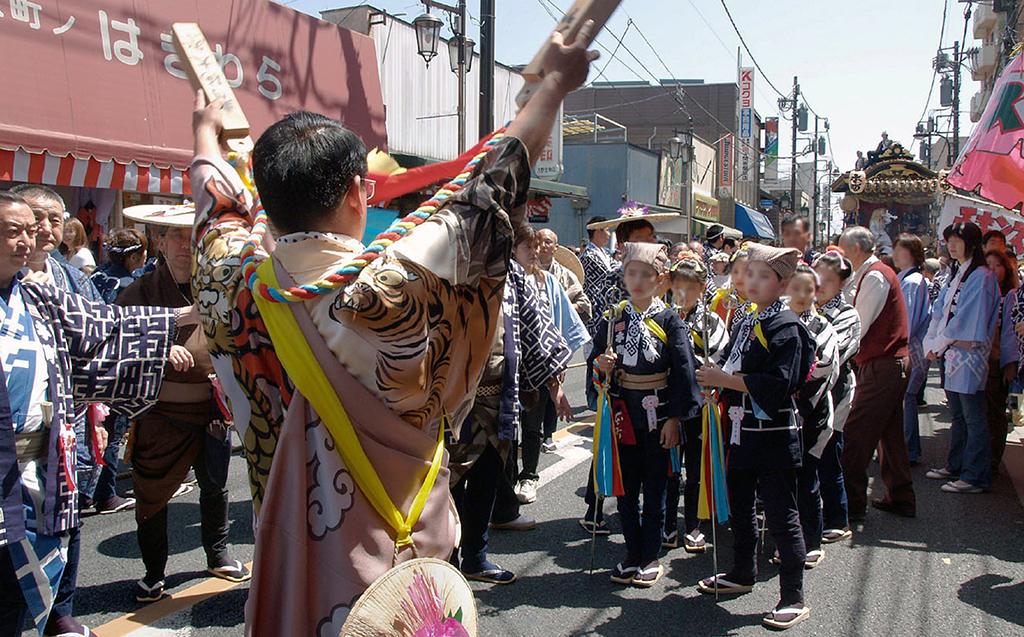 The Ome Grand Festival is held over two days, and 12 floats (dashi) parade around the streets on the second day. The “float dolls” from various local associations are proudly displayed throughout the town. Visitors can make these dolls the enjoyable focus of a walk around the area as the festival progresses. Each of the 12 floats also has its own group of traditional musical performers (hayashi-ren) riding on it. And, in addition to the powerful rhythms being pounded out by these groups, other teams of musicians called ibayashi also line the streets. Thanks to this, music echoes through every part of the city at the height of the festival, taking over the whole of Ome with its rhythms. 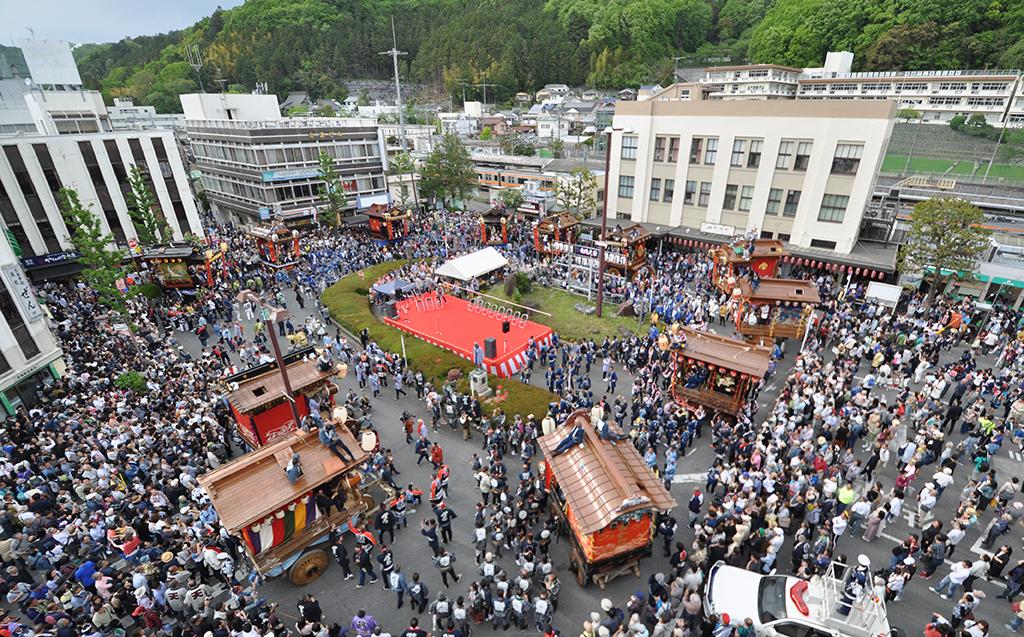 The greatest highlight of the festival is the hikkawase (“sound battle”) between the different musical performances as the parade floats come and go. Similar musical and rhythmic competitions take place at festivals across Japan. And dueling like this through song and performance is a feature of various musical genres such as hip-hop rap, etc. The lively atmosphere created by these musical groups at the festival, engaged in their “sound battles,” gives you a real feel for the Ome Grand Festival’s dynamic heritage, which finds a true place in today’s world.

Approximately one third of Tokyo’s total area is made up of forest, with much of it concentrated in western Tokyo in Ome City and Okutama Town. This rural feel is reflected in the time it takes to get here, because from central Tokyo to Ome is not a short train ride. But if you do take the time to see the Ome Grand Festival, you will experience, quite literally, another side of Tokyo.

Held annually on May 2nd and 3rd

Text: Hajime Oishi Photographs provided by: Ome Grand Festival Executive Committee
N.B. The information on this site is correct as of August 2019. It is subject to change without notice, so please confirm the details before coming to the festival.
(This is a "Tokyo Tokyo Old meets New" Project.)