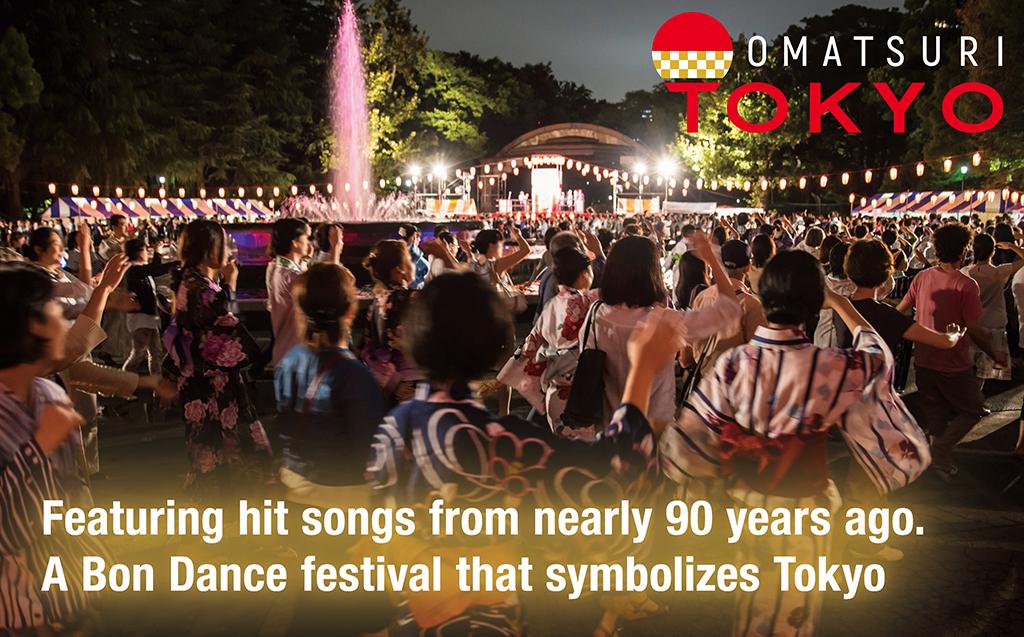 Hibiya is a town that has symbolized modernization ever since the 19th-century Meiji period, with Japan’s first western-style hotel, the Imperial Hotel built there, for example. Hibiya comes to life every year when over 40,000 people come to the Hibiya Park Marunouchi Ondo Bon Dance Festival. It is a festival that tells the history of Tokyo’s bon dance culture, right up to the present.

Inspired by the song, “Tokyo Ondo.”
Returning after an extended absence

In 1933, the “Tokyo Ondo” recording went on sale, which would later become a popular standard of Tokyo bon dance festivals. This song created by the hitmakers of the time, lyricist Yaso Saijo and composer Shinpei Nakayama, went on to become a nation-wide hit. Now too, “Tokyo Ondo” is popular at bon dance festivals everywhere in the Kanto region, and there are more than a few fans who can’t help but dance the moment the first strains of its intro ring out. 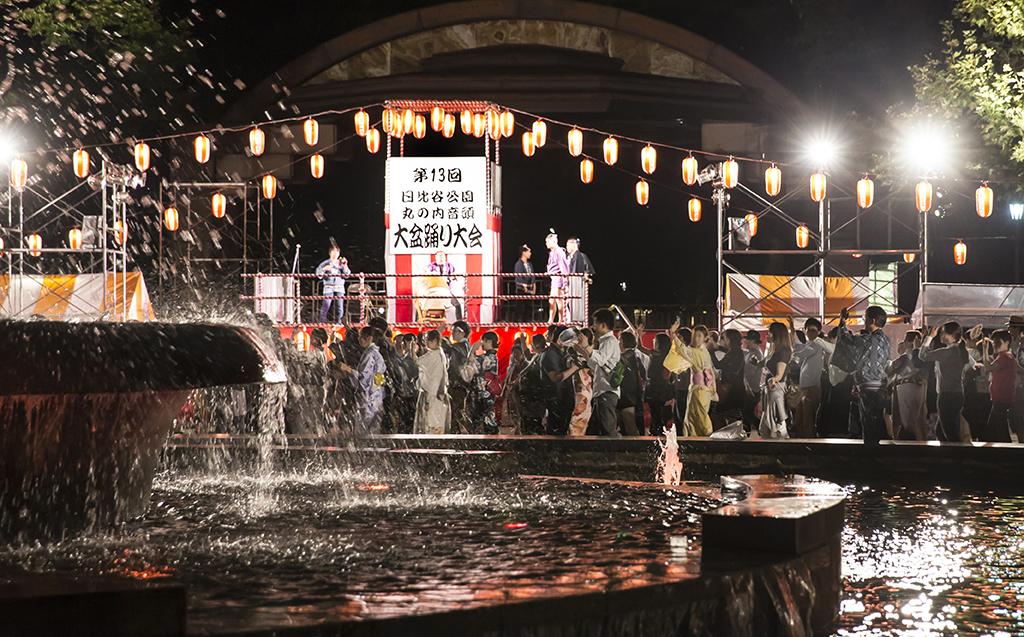 “Tokyo Ondo” had its roots in the “Marunouchi Ondo” (“Marunouchi Song”), which was released in 1932. The song featured in the plans of local shopkeepers in Marunouchi, Yurakucho and Hibiya to use the Hibiya Park Bon Dance Festival to revitalize the area. The bon dance festival held the summer of that same year proved hugely popular, and ultimately the song was remade as “Tokyo Ondo” because of the overwhelming excitement surrounding it. Also, this bon dance began with the goal of regional development in various areas following the war, but it was stopped due to a number of circumstances in the post-war period. The project was then revived in 2003 on the 100th anniversary of the opening of Hibiya Park, and once again “Marunouchi Ondo” rang out through the Hibiya summer.

A ring of dancers surround an illuminated fountain

The Marunouchi Ondo Bon Dance Festival takes place in Hibiya Park over two days. On the first day, the dance steps are explained and a bon odori dance practice session is held on the eve of the main festival day. This day is good for memorizing the dance steps properly and preparing for the actual performance.

As you would expect from the name “Marunouchi Ondo,” this bon dance is known for using the song “Marunouchi Ondo”—over and over! “Marunouchi Ondo” is an old bon dance song that came out in 1932, but as you join in, you’ll soon find that the delightful rhythm and dance are timeless. Plus, in addition to standards such as “Tokyo Ondo” and “Tanko Bushi,” this festival also uses the popular song “Ginza Can-can Girl” (1949) based on the theme of Ginza, an area just south-east of Hibiya Park. This song is used in other areas of Tokyo as well, but it has a special magic to it when danced to in Hibiya Park so close to Ginza. 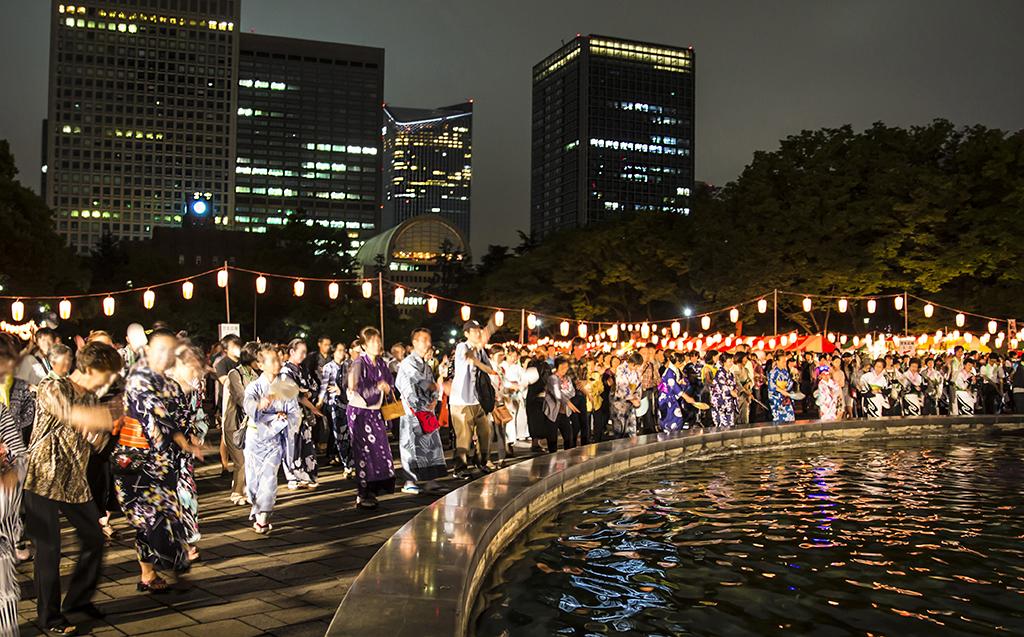 A ring of dancers around an illuminated fountain. Buildings crowd together nearby the park, and the festival draws numerous tourists. This scene truly embodies the atmosphere of a big city bon odori, and is a symbol of modern-day Tokyo. Countless stall stands sell food and drinks, so you can relax and enjoy the Tokyo summer to the full.

Held at the end of August each year