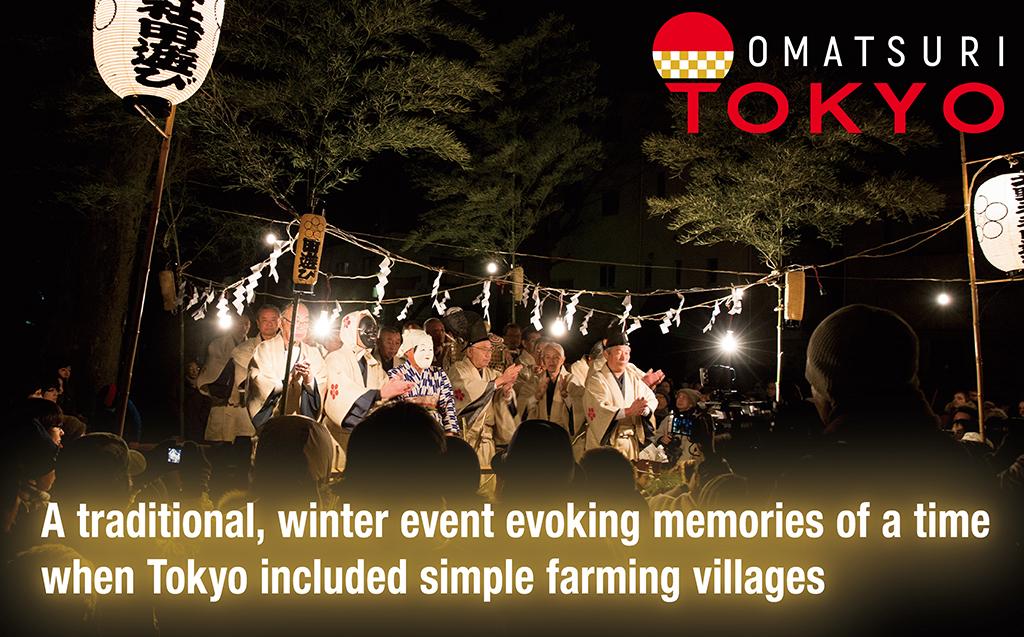 Itabashi City is located in northern Tokyo. Close to Takashimadaira Danchi, a huge housing complex that started accepting tenants in the 1970s, the Ta-asobi Rice Play folk event with over 1,000 years of proud history continues even now. This traditional folk event is a wish for a bountiful and fruitful harvest and a prayer for family prosperity. Enjoy the charms of this timeless festival in Itabashi City.

Dramatic moves and chants passed down through village tradition

Until the 1950s, much of Tokyo was pastoral, and various reminders of Tokyo’s traditional farming villages could be seen everywhere. But like many other once-rural areas of modern Tokyo, Itabashi City’s Tokumaru and Akatsuka districts have transformed into more residential areas, and very little remains of their farming village heritage. The Ta-asobi that still continues in the Tokumaru and Akatsuka districts is a cherished folk event that brings past times and scenes of those farming villages into the here and now.

The Ta-asobi is a “preliminary celebration play” asking for good harvests along with family fertility and prosperity. Ta-asobi plays are held in various forms throughout many regions of Japan. According to the accounts from Kitano Shrine with its Tokumaru ujigami (shrine god), the Tokumaru Ta-asobi began with villagers making offerings to the Tokumaru area’s Tenmangu Shrine when it was first built. This is said to have been in the year 995, with the Ta-asobi held every year since then without interruption. Furthermore, the actions in the play and the words of the chants are an oral tradition. So, the continuation of the traditional shrine festival, Ta-asobi, for over 1,000 years in one corner of Tokyo is something of a miracle.

The Tokumaru Ta-asobi is carried out by ujiko shrine parishioners, known as the Tenjinko, and a preservation society. The number of participants has been set at 16 people since olden times, and it has become tradition for members of old families with roots in the area to carry out the ceremony.

Scenes from a rice harvest
performed on a mystical stage

Although this is a historical and traditional play, the atmosphere of the festival itself is quite relaxed, as the smiling participants perform. In an age without much leisure, the Ta-asobi was also a once-a-year chance for the villagers to enjoy themselves.

The mogari stage for the Ta-asobi is constructed from green bamboo and sacred shimenawa straw ropes. The sight of this handmade stage aloft in the darkness has a certain magic to it, and you can readily imagine that you’ve somehow gone back in time to a medieval farming village. At the same time, the mogari is known for its oddly modern feel, as if a modern stage space is appearing in a traditional farming scene. 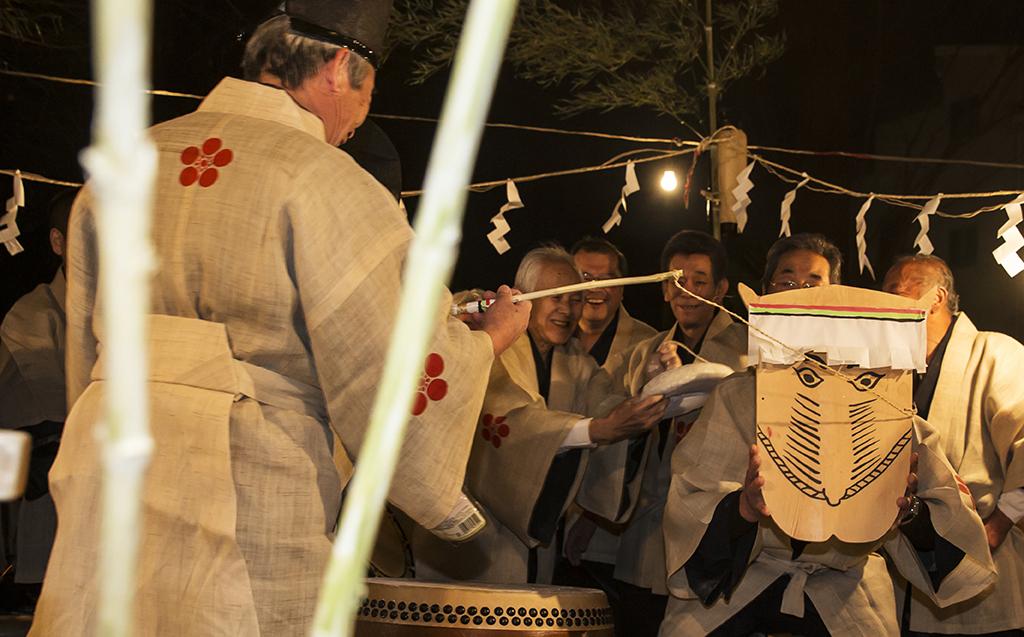 The Tokumaru Ta-asobi starts at 9 a.m. with mochi rice-cake pounding. When the stage and equipment have been prepared, scenes from an entire year of rice cultivation are performed on the mogari from 6 p.m. to 8 p.m. Tasks such as tilling the rice fields, planting, and driving birds away are represented here. Meanwhile, various characters appear, such as female rice planters called saotome, doll figures called yonebo, and even bucking bulls, and lions. The scene that gets the most laughs features a couple named Taroji and Yasume who get tangled up with each other.

During the Ta-asobi, numerous songs are sung and chants chanted. These songs and chants passed down over many years have a truly powerful and simple beauty. This farming town entertainment with over 1,000 years of proud history still has quite an impact when viewed through today’s eyes. This is a rare folk event where you can experience another side of Tokyo. 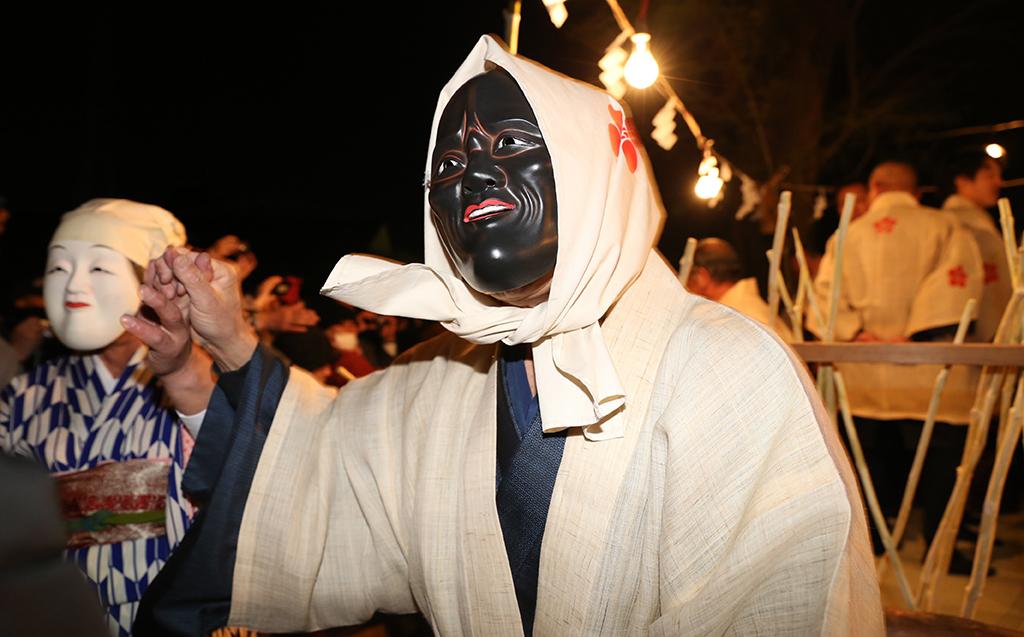