【PR】【Vol.12】A mysterious event where dragons parade through the streets and lions dance.A tradition with over 700 years of proud history. ｜AERA dot. (アエラドット)

Traditional prayers for rainfall are seen all around the world, but folk customs such as the mizudome-no-mai, offered as a wish to both start and stop the rain, are exceedingly rare anywhere. The mizudome-no-mai takes place in the Omori area of Tokyo’s Ota City, facing Tokyo Bay. Many people make their way here from far and wide to catch a glimpse of this unique custom.

【Vol.12】A mysterious event where dragons parade through the streets and lions dance.A tradition with over 700 years of proud history.

Behind the mizudome-no-mai tradition:
the story of a former village

The Omori area of Tokyo’s Ota City facing Tokyo Bay had prospered as a seaweed fishing village since the olden days. The ancient Gonshoji Temple (originally named Kaiganji Temple) was built here in 1272 and still stands in one corner of the town. The folk event known as the mizudome-no-mai is held at this temple in July of each year. The unique point of the mizudome-no-mai is that it starts with the michi-yuki asking for rain in the first half of the event and then moves to the mizudome-no-mai asking for the rain to stop in the second half. After going through the effort to make the rain fall, why then ask it to stop? The explanation lies in the following story. 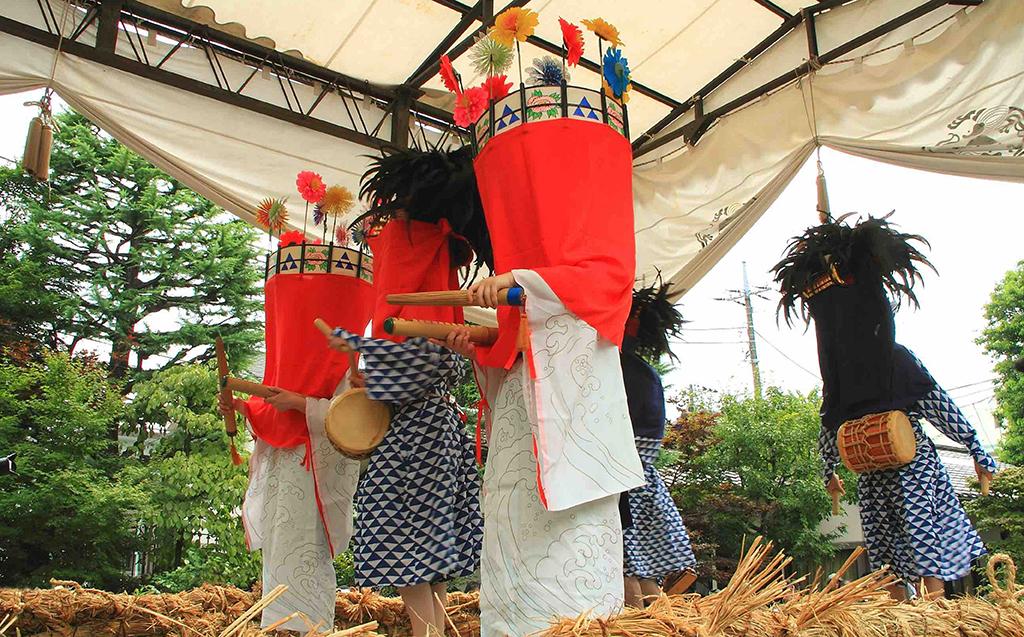 In 1321, the villagers suffered a great drought and asked the local high priest to pray for rain. The high priest carved a statue of the Inari god, made a dragon god out of straw and prayed continuously for seven days. It is said that when he dipped the straw dragon god into the sea, sudden rainfall began. Two years later, the rain had continued for weeks at a time. Complaints ultimately arose amongst the villagers that this had been caused by the prayers of the high priest. The high priest then made three dragon figures and had the villagers wear them and dance. When the villagers played flutes, taiko drums and conch shells at his command, the downpour of rain finally stopped. It is said that because of this, the villagers began offering the mizudome-no-mai to the temple regularly. This story is the reason why, even now, requests for rain to fall are still followed by the mizudome-no-mai to ensure that the rain stops again.

The mizudome-no-mai begins with the michi-yuki ceremony asking for rainfall. The ceremony involves two men inside straw dragons rolling down the 150-meter road leading to Gonshoji Temple while playing conch shells.

Because dragons were originally considered gods responsible for water, the people along the road pray for rain by pouring water on the dragons. The men inside the straw dragons continue slowly rolling down the road while playing the conch shells, creating what might seem quite a peculiar scene. However, from the delighted expressions of the spectators lining the road, visitors will understand that this is also part of what makes the festival fun for local residents. 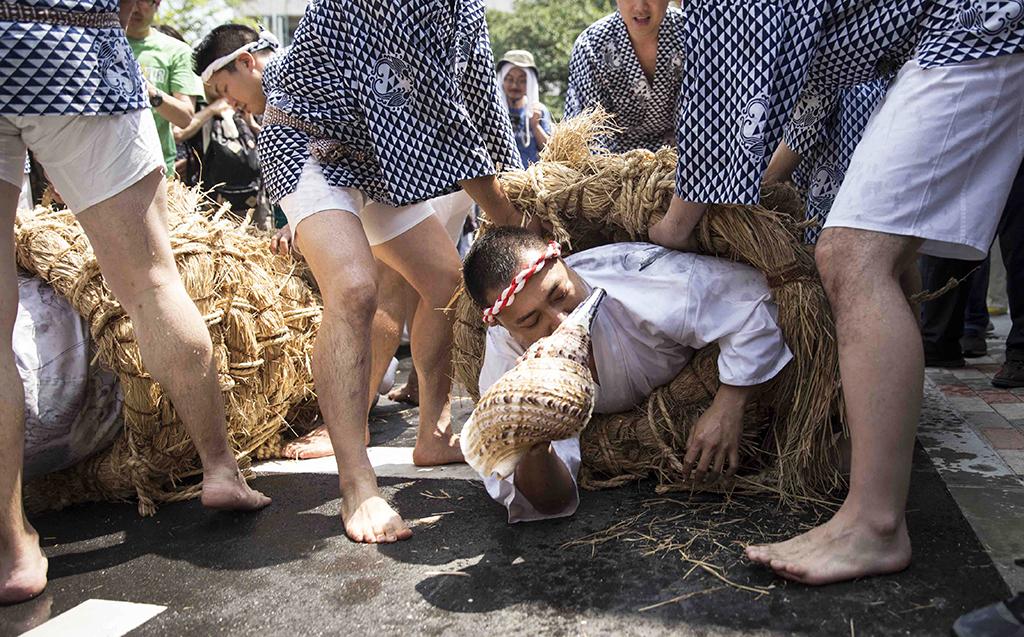 Sometime later, the two dragons move onto a stage placed inside the grounds of Gonshoji Temple. At last, the mizudome-no-mai starts. Here, three lions and two “flower baskets” perform various dances as an offering to ask the rain to stop. The lion dance is full of dynamic charm, too, and the old traditional atmosphere echoes through the flutes and conch shells.

Gonshoji Temple changed its religious affiliations from the Tendai Sect of Esoteric Buddhism to the Jodo Shin Sect of Buddhism at the time of its 6th chief priest. Because of this, today the dance is not performed as an incantation like in the times of the original mizudome-no-mai by the high priest but is instead carried out as a dance of thanks to Buddha. Omori, located in the Tamagawa River delta region, has suffered from deluges in ages past and is an area where concerns about water damage arise. The mizudome-no-mai that stops the rain after it has been started also connects Omori’s former way of life to modern times. The mizudome-no-mai is a mysterious folk event that will make you feel like you have gone back in time to a fishing village over 700 years ago. We hope that you will make your way to Omori to visit and learn more about this hidden side of Tokyo. 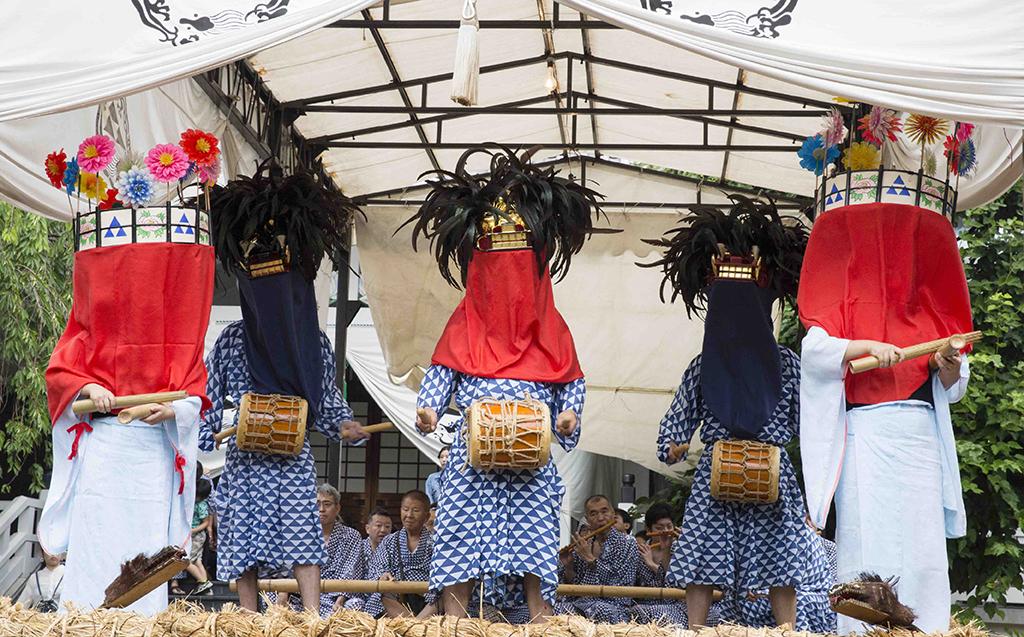