【PR】【Vol.10】Why are matsuri held to begin with? A look at the purpose of festivals in Japan ｜AERA dot. (アエラドット) 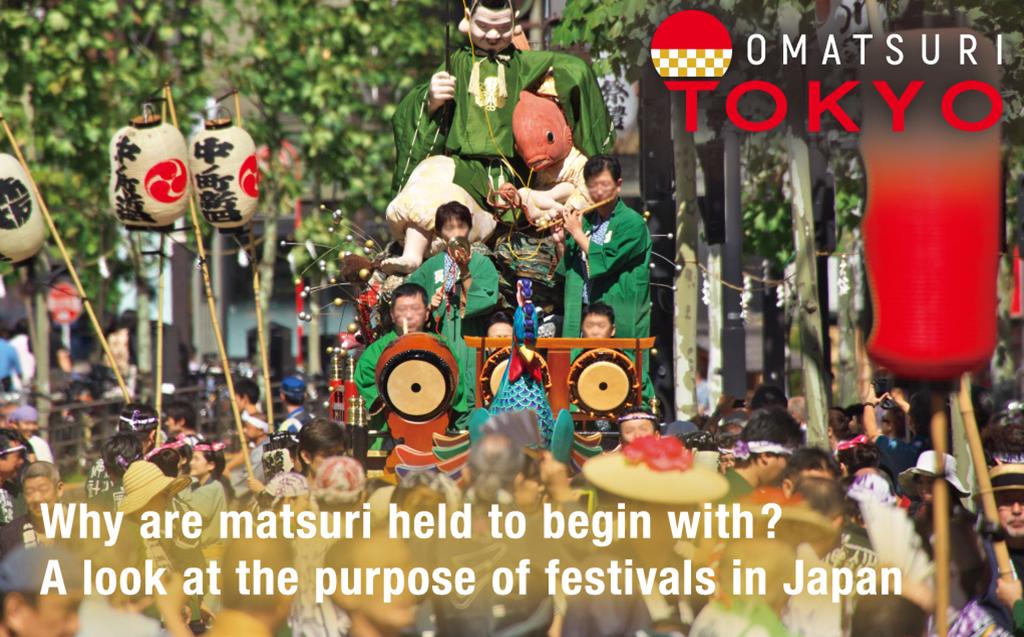 Matsuri festivals take place throughout Japan year round, regardless of the season. They come in all shapes and sizes, from large varieties involving parades of dashi floats and mikoshi portable shrines, to small types held at home. What all occasions have in common is the Shinto faith, nurtured in the Japanese unconscious.

【Vol.10】Why are matsuri held to begin with? A look at the purpose of festivals in Japan

Animistic religion
in the backdrop of matsuri

In its original sense, the Japanese term matsuri refers to the act of “deity worship.” Styles of deity worship, however, can differ greatly from region to region. “To recall to life or lay to rest the spirit of the kami; to pray for or express gratitude for a good harvest; to wish for or be thankful for rain; to ward off evil spirits, vengeful ghosts, and epidemics of disease; and to remember and honor one’s ancestors—forms of matsuri vary considerably according to the time, place, and purpose.” In this excerpt from Nihon no matsuri to kami nigiwai (Matsuri and religious festivals in Japan; Sogensha), Akira Morita’s definition of kami is not limited to a single god worshipped at a single shrine but includes mountains, plants, and animals in nature. This is true to the concept of yaoyorozu no kami, literally “eight million gods” and figuratively “uncountably many gods,” followed in the animistic religion of Shinto.
One major form of matsuri is the reitaisai, or regular grand festival, organized at shrines across Japan. Kanda Matsuri, at Kanda Myojin Shrine (Soto Kanda, Chiyoda City), Sanno Matsuri, at Hie Jinja Shrine (Nagatacho, Chiyoda City), and Fukagawa Hachiman Matsuri, at Tomioka Hachimangu Shrine (Tomioka, Koto City) are known as the three major festivals of Tokyo and have been cherished by residents since the premodern Edo period. A highlight is the heroic parade of mikoshi portable shrines that carry a sacred object and are sometimes decorated with a gilt bronze image of the phoenix on the roof. 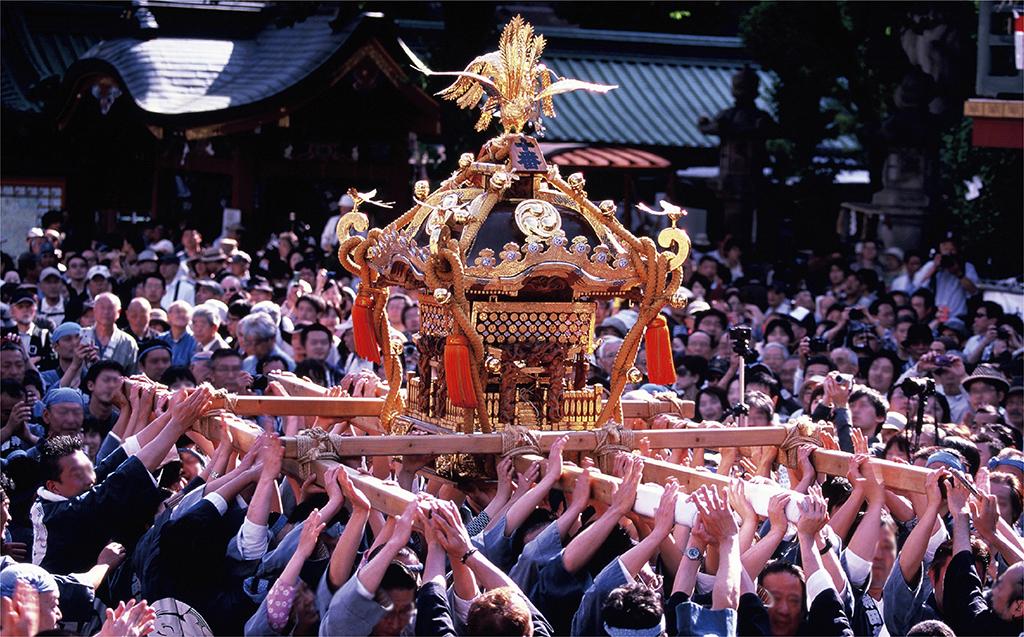 These festivals may also involve a parade of enormous floats called dashi, or hikiyama, or yatai, depending on the region. These floats drew attention in Japan and beyond in 2016, when 33 events based in 18 prefectures between northern Honshu and Kyushu islands were listed as a UNESCO Intangible Cultural Heritage under the title “Yama, Hoko, Yatai, float festivals in Japan.” Tokyo also has float festivals of its own, such as Akasaka Hikawa Matsuri (Akasaka, Minato City), Kurayami Matsuri (Darkness Festival; Fuchu City), and Ome Taisai (Ome City).

Shinto shrines organize other festivals year round, like the niinamesai harvest ritual and the o-harae purification ceremony, which might involve the gift of song and dance performed by miko shrine maidens. Kagura, for instance, is a religious service incorporating dance and music that is held across Japan. The Takachiho Yokagura (Miyazaki Prefecture) is held throughout the night. These events are primarily solemn affairs, but because they have often been passed down as a form of community entertainment, they can be enjoyed as such, purely for the performance of dance and music. 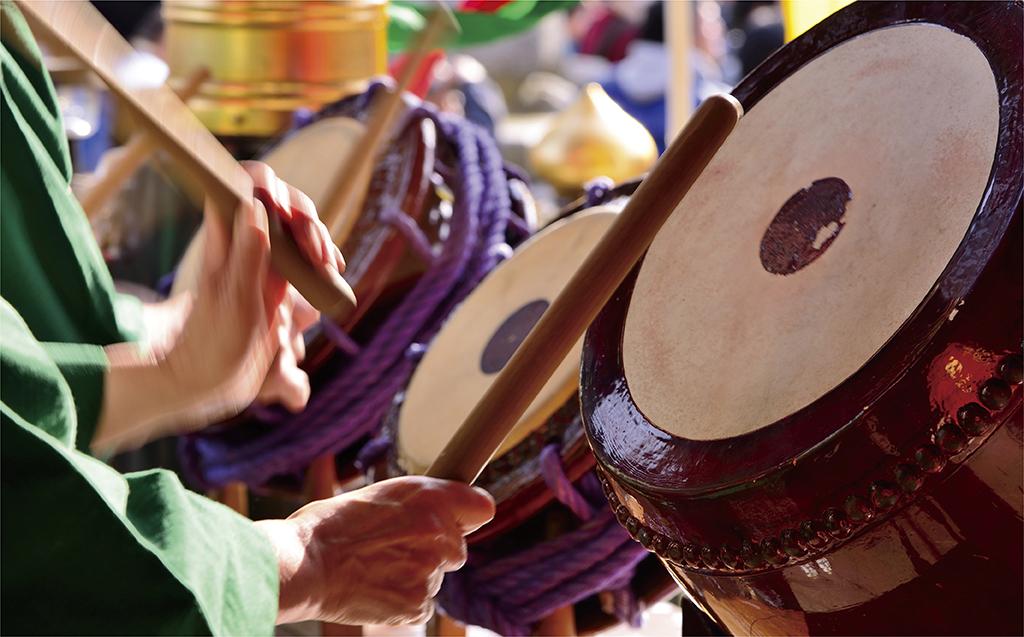 Japanese matsuri also extend to smaller-scale ceremonies organized in daily life. Examples include the jichinsai, or groundbreaking ceremony, held before the construction of a new building to pray to the tutelary god for safety; Hina Matsuri, aka Doll’s Day or Girls’ Day, where dolls are decorated to pray for the sound growth of girls; and Tango-no-Sekku, aka Children’s Day or Boys’ Day, where carp-shaped flags are raised to pray for the sound growth of boys. At the household level, an amulet can be placed on the family altar so that members may pray—even this is a form of matsuri. Now that we put it that way, it isn’t an overstatement to say that a matsuri is held somewhere in Japan 24/7.