【Vol.09】History and future of fireworks festivals popular in Japan since the Edo period ｜AERA dot. (アエラドット) 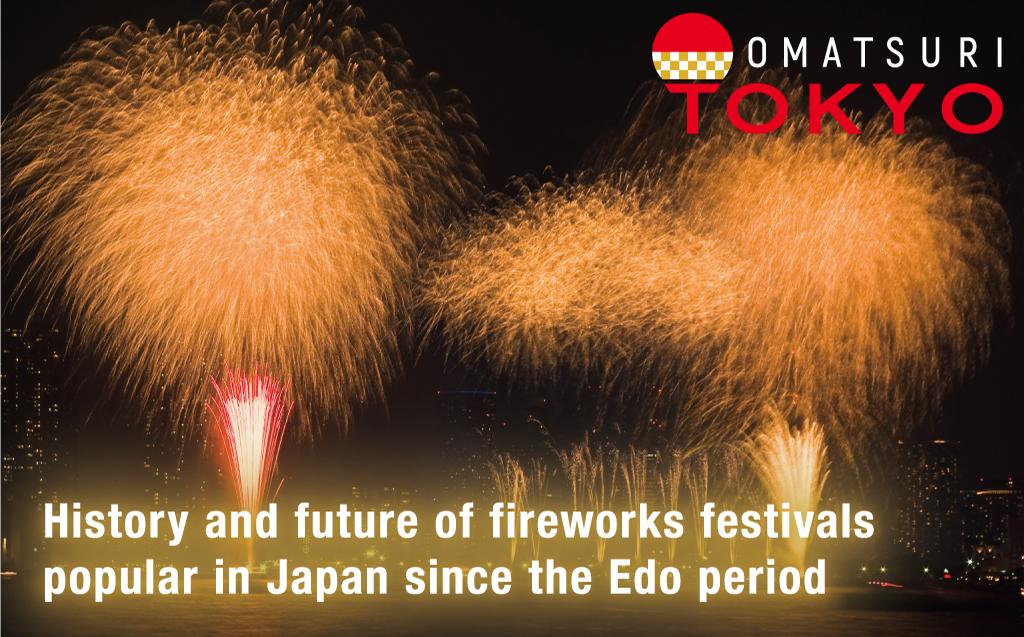 Scenes of fireworks decorating the night sky have been a highlight of summers in Japan, and frequently a subject of colored woodblock prints, since the premodern Edo period. Large hanabi taikai (fireworks festivals) are still organized across Tokyo and attract crowds of spectators dressed in colorful yukata (summer kimono) today. Here, let’s look at the history of fireworks festivals and the major events held in Tokyo now.

【Vol.09】History and future of fireworks festivals popular in Japan since the Edo period

Ryogoku River Fireworks
that won the hearts of Edo residents

Several theories exist as to where fireworks were invented. One says they originated from smoke signals used as a form of communication in ancient China. Another says they were designed for aesthetic purposes from the start in late-14th-century Italy. Fireworks display technology was introduced to Japan in the Sengoku period of “warring states” (ca 1467–1590). Artisans who dealt in gunpowder during this time switched jobs in the Edo period, under rule of the Tokugawa shogunate (1603–1868), and became pyrotechnicians and explosives producers specializing in fireworks. The mature merchant culture of Edo (currently Tokyo) also helped the development of toy fireworks technology.

One pyrotechnician who played a significant role in history was the first generation Kagiya Yahei. Originally from the village of Shinohara in Yamato Province (currently Gojo City, Nara), he opened shop in Nihombashi Yokoyamacho and unveiled original fireworks designs that won immense popularity. Records say he launched the first fireworks over the Sumidagawa River in 1711. 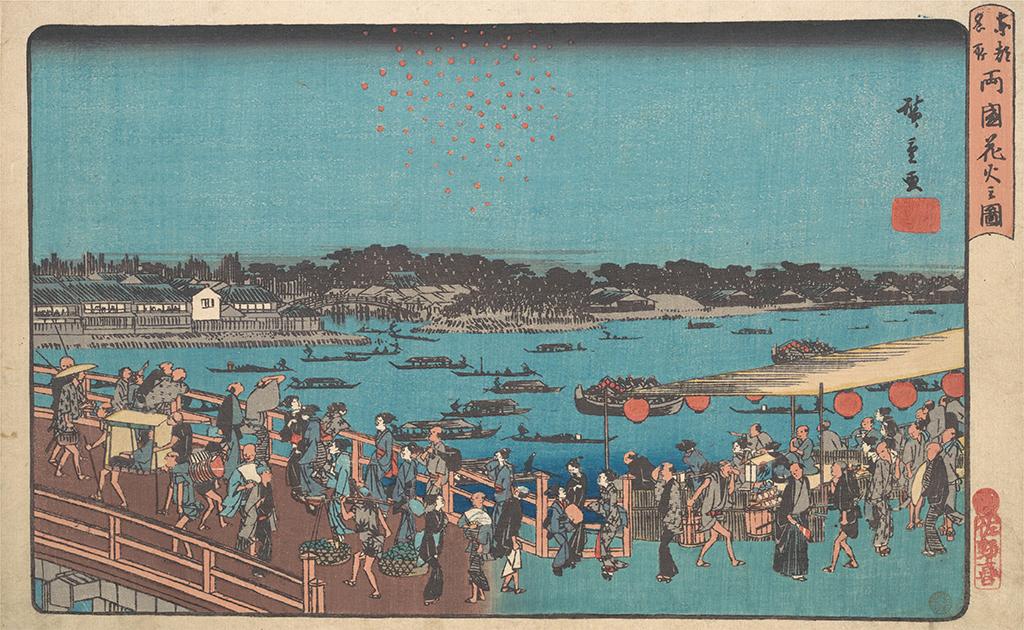 The Sumidagawa River, flowing through the heart of Edo, staged the capital’s first fireworks festival, called Ryogoku Kawabiraki Hanabi (Ryogoku River Fireworks). Although the truth remains unclear, the event might have begun as a service to honor the spirits of people who died from famine and the plague, and to ward off these calamities. The event, in turn, served as a platform for the rivalry between Edo’s two major pyrotechnician guilds. Spectators shouting their names—“Kagiya!” and “Tamaya!”—became an established custom that lives on to this day.

Following a period of suspension, the Ryogoku River Fireworks made a comeback in 1978 as the Sumida River Fireworks Festival, which continues to be held each year in late July and attracts nearly a million spectators. This is counted as one of the two major fireworks displays in Tokyo today. The other is the Edogawa Fireworks Festival, held in early August, where as many as 14,000 shells are launched along the Edogawa River, flowing through eastern Tokyo. 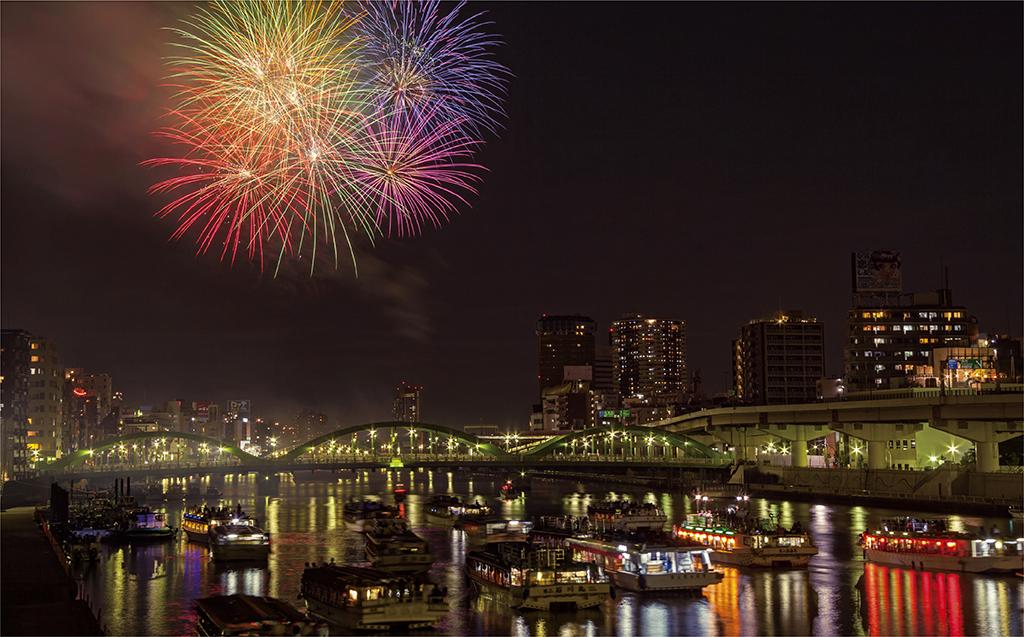 Various other events are organized up and down Tokyo including the Itabashi Fireworks Festival, along the Arakawa River; the Jingu Gaien Fireworks Festival, at Meiji Jingu Gaien; and the Tachikawa Festival and Fireworks at Showa Memorial Park, which dates back to 1954. In recent years, popularity is rising with a new wave of fireworks festivals such as Star Island, fusing music and performance (staged in Odaiba and Toyosu to date).

Ordinary Tokyo locales transform into spaces for celebration on the night of a fireworks display. Every event involves navigating through a huge crowd, so spectators should arrive prepared and with plenty of time to spare. Enjoy summer nights in Tokyo!