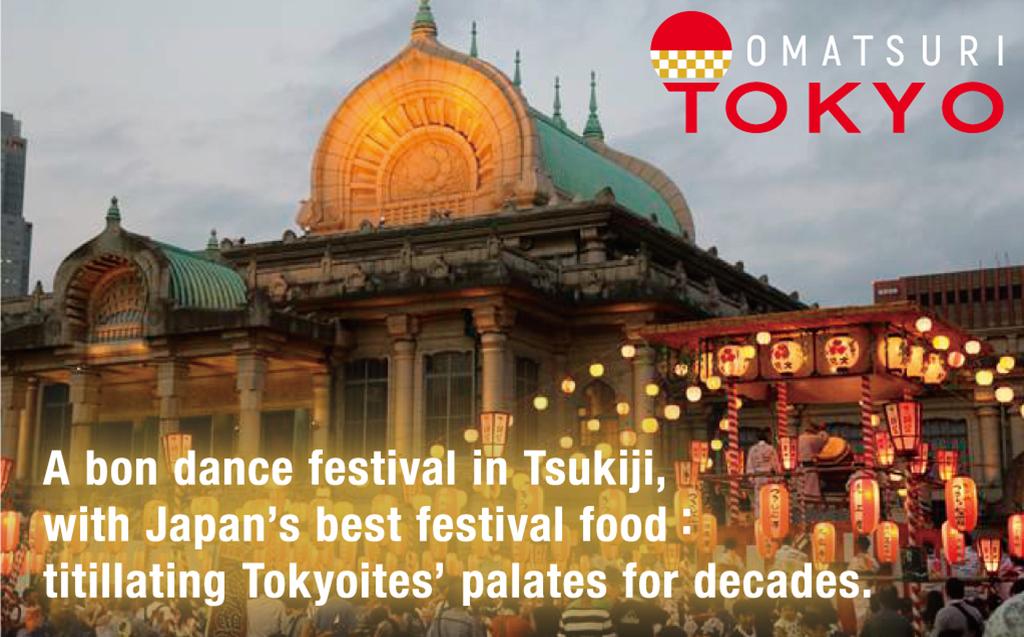 The Tsukiji Hongwanji Temple Summer Bon Dance Festival started more than fifty years ago. It is still a favorite bon dance festival today, and a part of Tokyo’s identity. Stalls serving food and drink line the streets of Tsukiji and attract hordes of people. The festival has seen an increase in fans in recent years owing to its “good old days” bon dance festive atmosphere, which everybody loves.

Tsukiji is a special place. The area was originally ocean, but reclaimed from the sea by followers of a branch temple (currently the Tsukiji Hongwanji Temple) affiliated to Nishi Hongwanji Temple after the disastrous fire of 1657. Thus was the Tsukiji district created. The area then burned to the ground in the Great Kanto Earthquake of 1923, upon which Tsukiji Market, which sold fresh food from various areas, was established. Tsukiji Market continued providing food for Tokyo residents’ tables right up until 2018, when the market moved to a new location.

Tsukiji Hongwanji Temple’s Summer Bon Dance Festival is known throughout Japan as the bon dance festival with the best food. Stalls operated by many famous restaurants line the streets during the event, where their renowned offerings can be enjoyed for reasonable prices. The festival attracts large numbers of people in quest of these delicacies, and all stalls boast long queues. 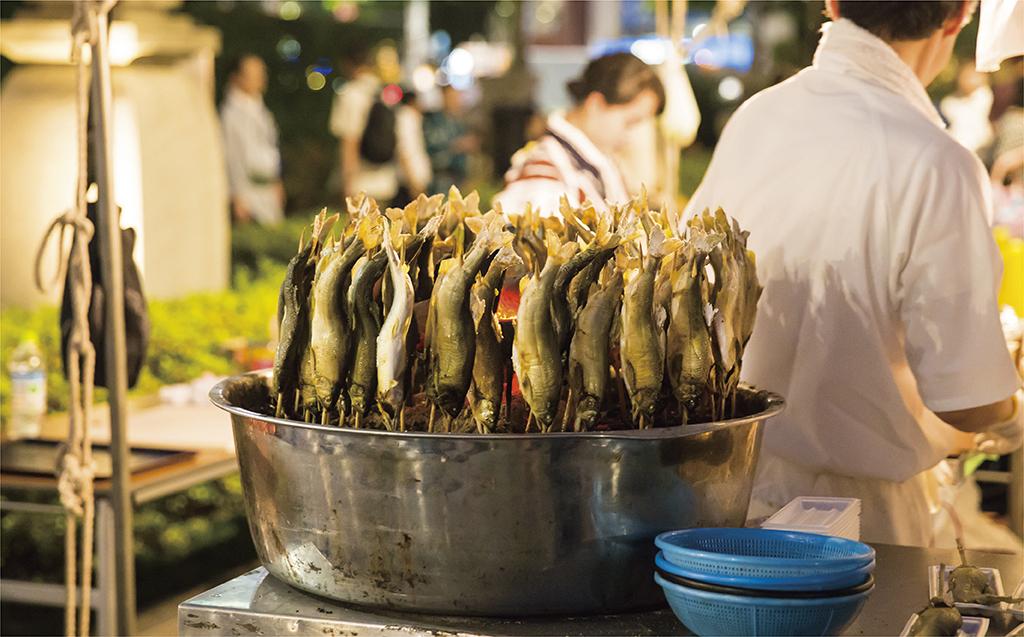 2019 is this bon dance festival’s 72nd year. Some of the refreshment stalls are actively working to reduce waste by serving their wares in reusable containers. Announcements are also made in English and Chinese in addition to Japanese, showing that the bon dance is progressively adapting to changes in the visitor demographic. Boy scouts and girl scouts from Tsukiji Hongwanji Temple as well as the Tsukiji Hongwanji Temple Chorus Affinity Group also operate stalls, giving a clear sense of the strong bonds centered on Tsukiji Hongwanji Temple. Visitors come from various walks of life, such as local residents and their families, and include office workers on their way home, and overseas tourists. The atmosphere is open and friendly, with a pervasive relaxing, picnic-like mood.

Another attraction of this bon dance is the exotic aura exuded by the main hall, which was designed by architect and architectural historian Chuta Ito and completed in 1934. The main hall is designed in the style of ancient Indian and Asian Buddhism and decorated with colorful stained glass and animal carvings, which makes it very pleasing to the eye. Ito traveled around Asia to research architecture for the design and incorporated the experiences he gained. This is apparent in the beautiful panoramic view it provides, displaying its Buddhist roots, in the light of the lanterns and the moon. The main hall can be entered for private prayers up until 8 p.m. during the bon dance period. Nighttime dharma seats (Buddhist sermons) are also held, where visitors can come into contact with the world of esoteric Buddhism. 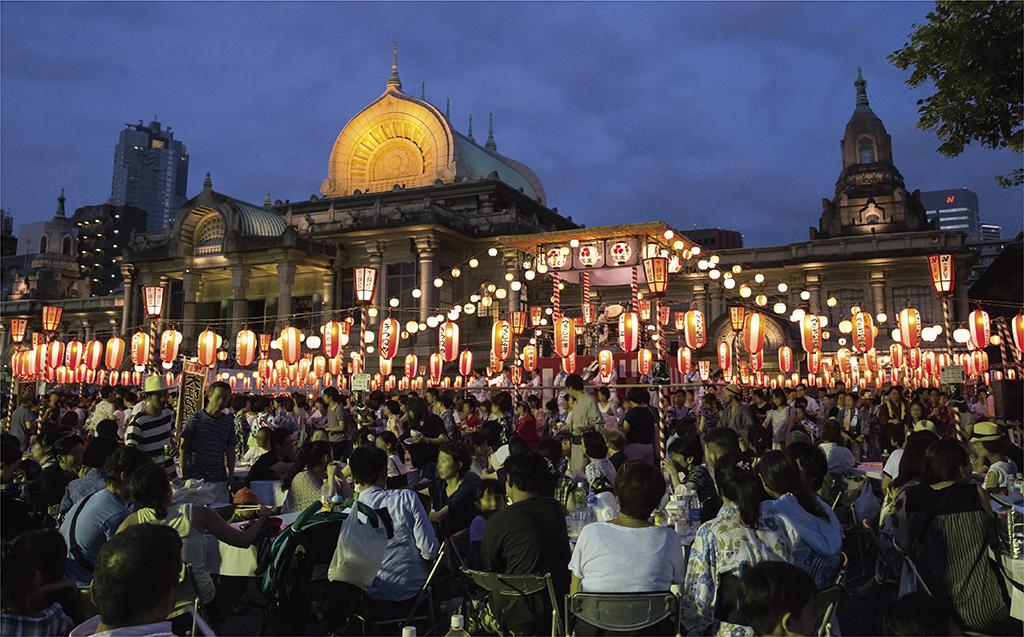 The bon dance centers around old, authentic music. The disco-style bon dance songs that have become common in neighboring festivals are not played here. The “Saitara-bushi” style of dancing typical of Miyagi Prefecture may be danced here, but a profound version by Michiya Mihashi in the 1960s is played at Tsukiji. The last dance is always the “Tsukiji Ondo” (Tsukiji Chorus), a local song celebrating the Tsukiji district. While being a bon dance targeting dancers from various walks of life, it is also a bon dance festival that exudes the pride and aesthetics inherent in Tsukiji.

Annually from July to August