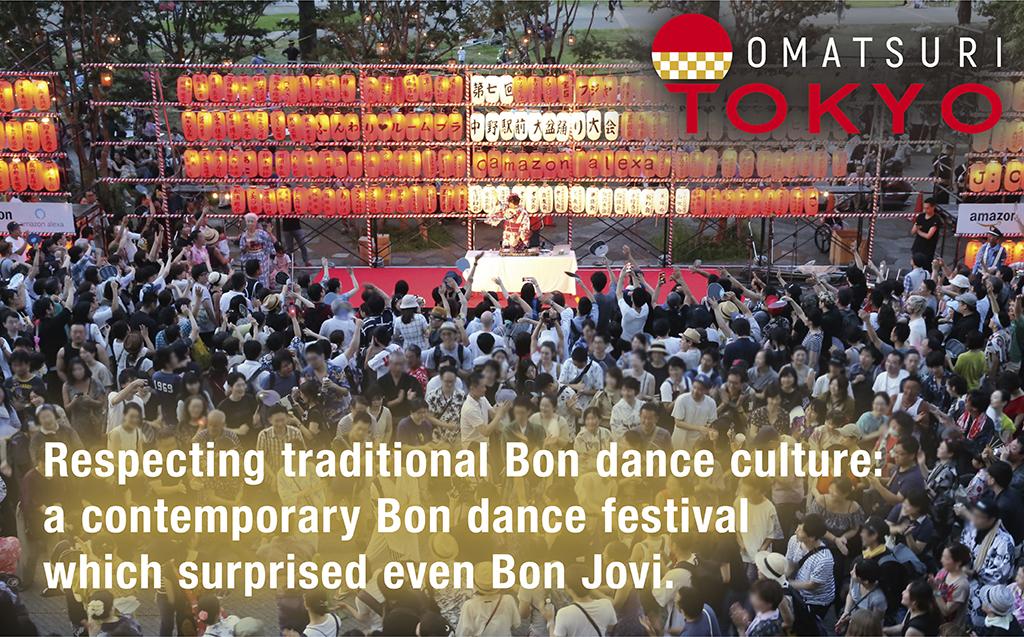 The Nakano Ekimae Bon Dance Festival has been gaining popularity in recent times, further energized by the music of Bon Jovi, Kiss and Queen. The event seeks to satisfy everyone, from beginners to aficionados, by expanding the concept of Bon dancing while also staging live performances of standard Bon music, such as “Tokyo Ondo” folksongs.

The Nakano Ekimae Bon Dance Festival is quite a new event, beginning in 2013. It brings innovative ideas and a different flavor to the world of Bon dancing in Tokyo. The unique point of this festival is its fusion of Bon dancing and pop music. And it has made waves with its use of pop music in Bon dancing by artists such as Perfume and Kyary Pamyu Pamyu. For instance, it mixes Perfume’s hit song “Baby-cruising Love” with the choreography of Fukushima prefecture’s representative Bon song “Soma Bon Uta”. For some Bon dances, not only does it use traditional Bon dance songs, but it also brings in pop, rock and disco, and other dance music, to bring to life to the Bon tradition. In this way, the Nakano Ekimae Bon Dance Festival is an active leader in the new wave of Bon dancing. 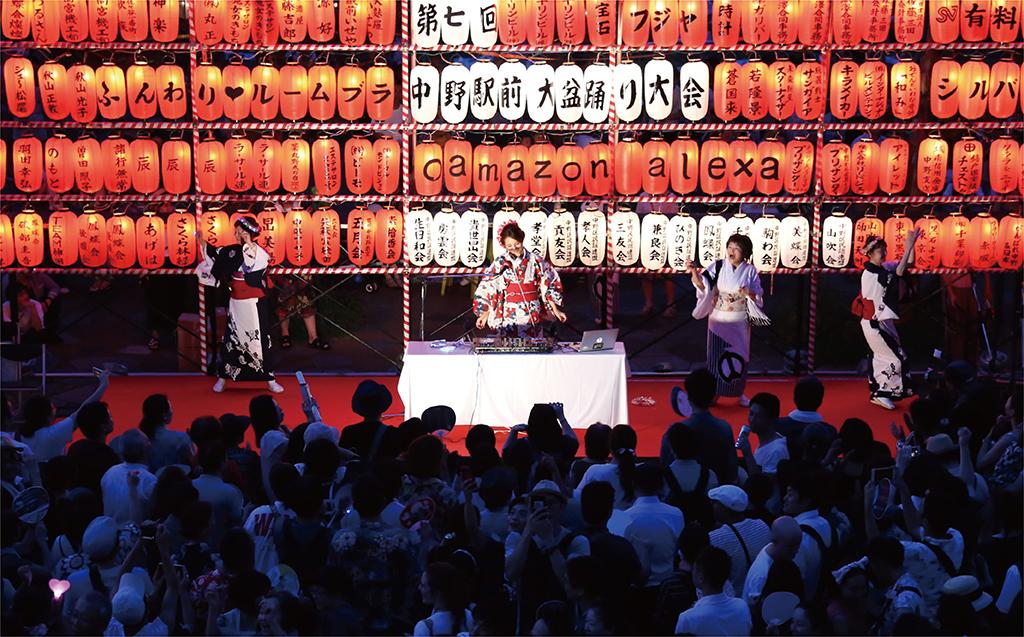 The Nakano Ekimae Bon Dance Festival is led by the professional dancer, Bijo Ageha, the head of the Nihon Minyo Ageharyu school of traditional dance, and a teacher of this tradition. Born in 1981, he encountered Bon dancing at an early age. He senses the crisis facing local Bon dancing, due to the aging society and the lack of new blood. He therefore introduced pop music with the aim of reinvigorating Bon dancing. He is involved in various activities based on ideas not seen with traditional Bon dancing groups, such as uploading his Bon choreography videos to YouTube*. In this way, he is a key person in progressive contemporary Bon dance culture.

Since 2018, a guest DJ has been invited to the festival, making for a fusion between Bon dancing and disco. The American rock band Bon Jovi’s hit song “Livin’ on a Prayer” was matched with the choreography of “Kagoshima Ohara-bushi” folksong. A video of this was widely shared on social media and became a big talking point. Even Bon Jovi saw the video and commented on it. In 2019, the festival was enlivened by Bon dancing to the music of Kiss and Queen. In addition, the singer Yoko Takahashi attended, and performed a Bon dance version of the opening song “A Cruel Angel’s Thesis” from the animation Neon Genesis EVANGELION. Furthermore, DJ KOO thrilled the crowds with his own hit song, TRF’s “EZ DO DANCE”. As with the aforementioned Bon Jovi, Queen’s “Don’t Stop Me Now” was paired with the choreography from Kawachi Ondo folksong. The festival is unique in that it builds on the past results of the use of songs by Perfume and Kyary Pamyu Pamyu. 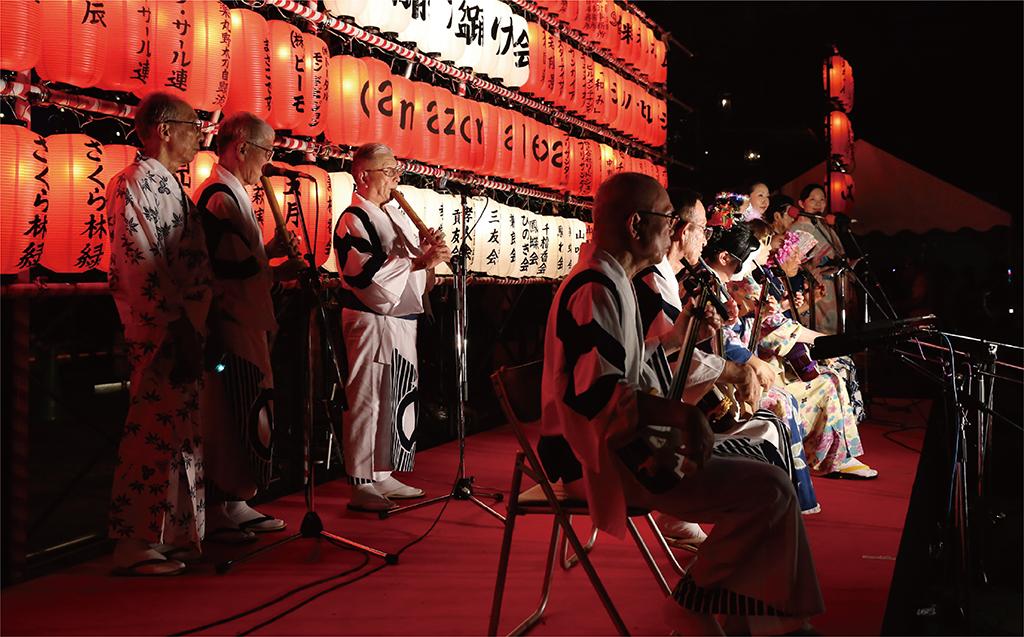 The foundation of the Nakano Ekimae Bon Dance Festival is the orthodox Bon dance session, which is held before the Bon disco session, when bon dancing and disco are fused. Professional singers and performers from the Nakano City Folksong Federation perform Bon dancing songs from various regions of Japan. Festivalgoers can join in and dance. In the “Kuroishi Jonkara” and “Dodarebachi” folksongs from Aomori prefecture, the chorus leader roars, and the shamisen players strum. Gifu Prefecture’s folksong “Gujo-bushi” has a lively groove and does very well performed live.

The Nakano Ekimae Bon Dance Festival is attracting attention for its innovative ideas; however, it still shows respect and a fondness for the traditions of Bon dancing. It is one Bon dance you should attend to experience the old meeting the new.

Text: Hajime Onishi Photographs: Keiko Onishi
N.B. The information on this site is correct as of August 2019. It is subject to change without notice, so please confirm the details before coming to the festival.
(This is a "Tokyo Tokyo Old meets New" Project.)