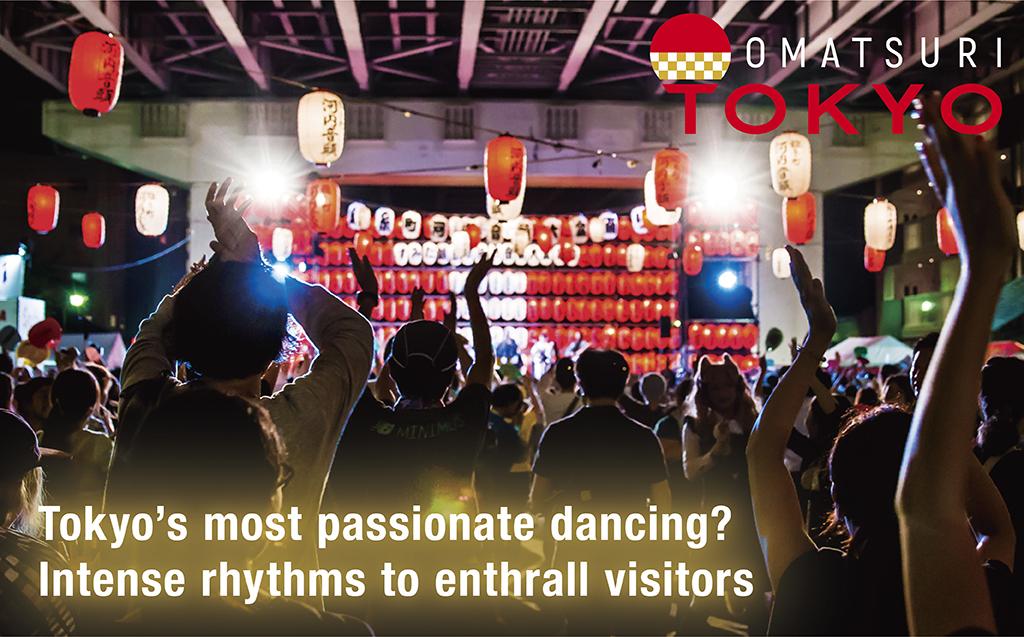 The Sumida Kinshicho Kawachi Ondo Bon Dance Festival is held in Sumida City every August, and is a summer tradition in eastern Tokyo. Every year, chorus leaders and performers come from Osaka and give a spirited performance. If you want to experience the charms and the energy of a Bon dance which crosses eras, head to Kinshicho.

Just like a rock concert
A great ensemble of drums, shamisen and guitars

My first visit to this Bon dance festival around ten years ago was a real surprise. The venue is specially constructed under the elevated Metropolitan Expressway Route 7, and the ring of dancers spreads out across the whole area. The tremendous passion changed my preconception of the Bon dance being for just the elderly. Behind the ring of dancers is a stage hung with numerous lanterns. An ensemble of drummers, shamisen players and guitarists, along with chorus leaders in beautiful costumes, performs on the stage with great passion. The speakers are many times bigger than those used for regular Bon dances; it really has the intensity of a rock concert. 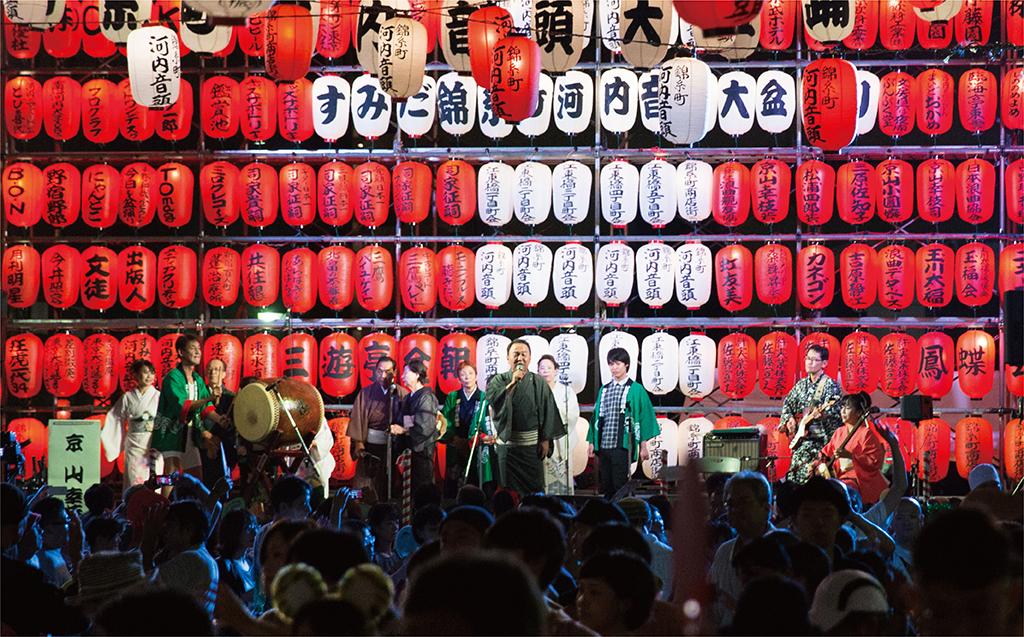 The music resonating through this dance festival is not originally that of the local Tokyo area, but of faraway Osaka, the birthplace of the festival’s Kawachi Ondo folksongs. One song is several tens of minutes long. The leader tells a story, with the backing ensemble helping build it up. It is a stage performance that has absorbed various performance arts, such as rokyoku narrative singing, and which has developed its own original style. After the Second World War, the electric guitar was introduced to Kawachi Ondo, and since then, the folksong has been fused with reggae and disco, making for a unique style of Japanese Bon dance.

Kawachi Ondo was brought to Kinshicho, Tokyo, in 1982. It was not Osakans that began it, but group of Kawachi Ondo fanatics and youths of the Kinshicho shopping arcade. A unique point about this Bon dance festival is that it started from scratch. The venue changed many times from there on, until the festival finally settled in its current location. Today, it is the best known Bon dance festival of eastern Tokyo. It is of great significance in that it brings Kawachi Ondo to the whole of Tokyo and plays a major role in the area. 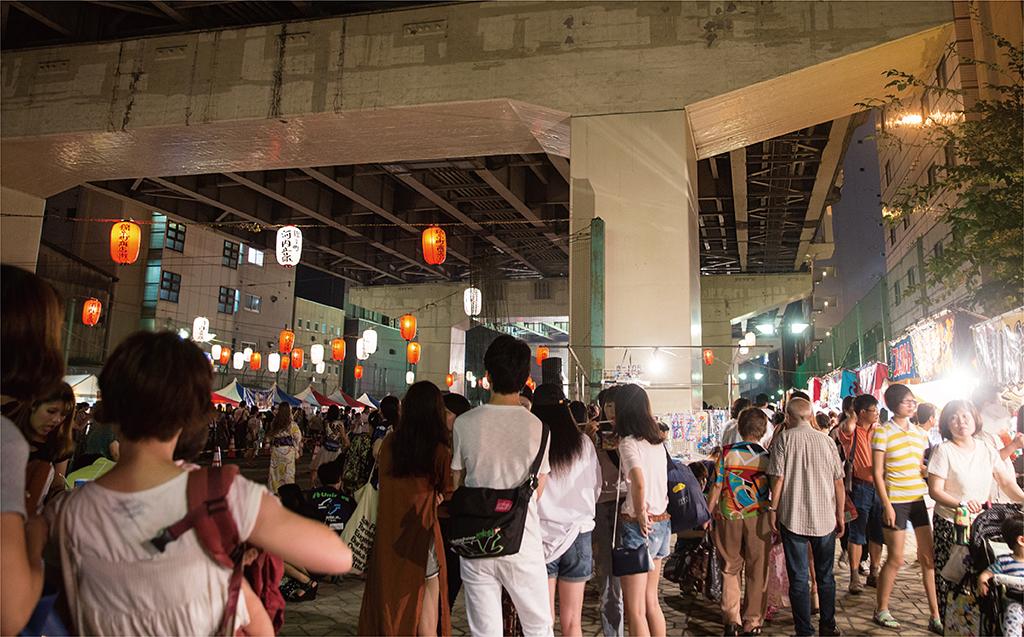 Kawachi Ondo is not so simple that the steps can be learned by just watching. However, once your body has learned the movements, you’ll find it so much fun that you want to keep dancing and not leave the dance ring. Even for those who lack the courage to enter the dance ring, this festival is still worth attending to see the passionate performance of the experts from Osaka. The musicians ad-lib to the singing of the chorus leader. That interaction, with a sense of thrill, has similarities with jazz, and is a unique point of Kawachi Ondo.

Kinshicho has an area lined with attractive bars where you can cool down from the heat of the dancing. Lively conversation is to be had with the people drinking around you. When coming to the Bon dance festival, be sure to enjoy the Kinshicho area, too.

Held every year at the end of August