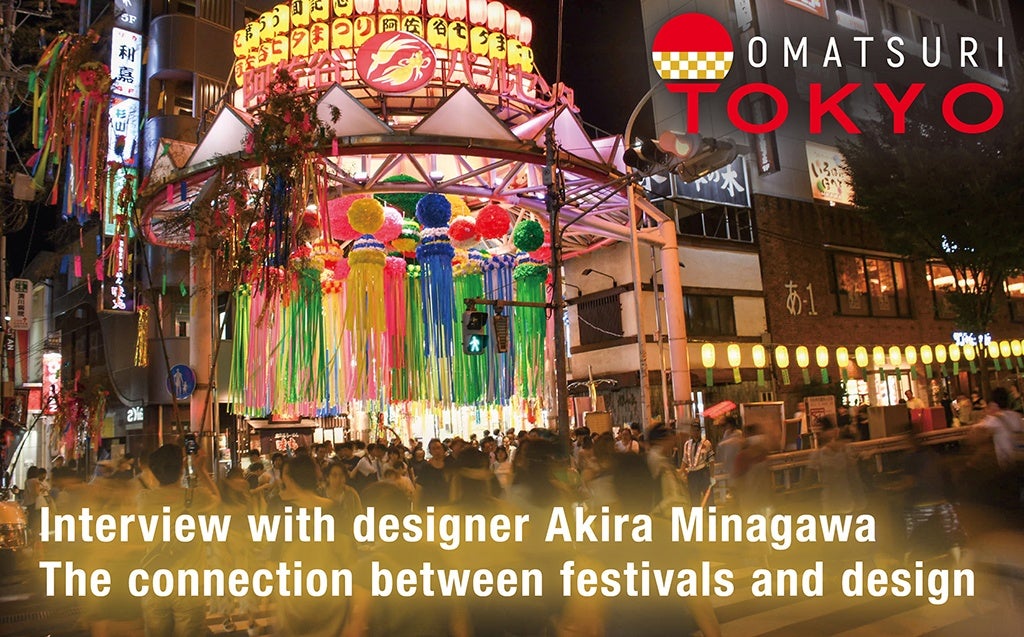 In 1995, Akira Minagawa launched his own fashion brand, “minä” (which changed its name to “minä perhonen” in 2003). One of the main features was starting to make clothes from making fabrics of original designs. The beautiful colors and patterns of the embroidery, weaving, and prints are born from communications with small, local factories. Surprisingly, Minagawa’s clothes making has something in common with festivals.

【Vol.30】Interview with designer Akira Minagawa,The connection between festivals and design

Born in Oimachi, Tokyo, Minagawa spent his youth in Kamata. “Before moving to Shirokanedai, I had my atelier in Asagaya, where they held jazz festivals, as well as Tanabata festivals in the Pearl Center Shopping street. You could feel how much everybody looked forward to those local festivals every year, which I found very nice.”

The highlight of the Tanabata festival is the giant papier-mâché figures handmade by the staff of the various shops along the street. They range from cartoon characters to animals, fish, and so on. These elaborate figures from each shop are a famous part of the festival.

“When I think about the impression these figures give the children, it warms my heart somehow. When children see their favorite characters floating in giant sizes in the air, it must be like a world full of their dreams. When I was small, living in Kamata, I used to be a member of carrying the portable shrine (mikoshi) around the area. I find it nice to bring back memories of festivals in my childhood again, in the pleasant, mellow atmosphere of Asagaya.” 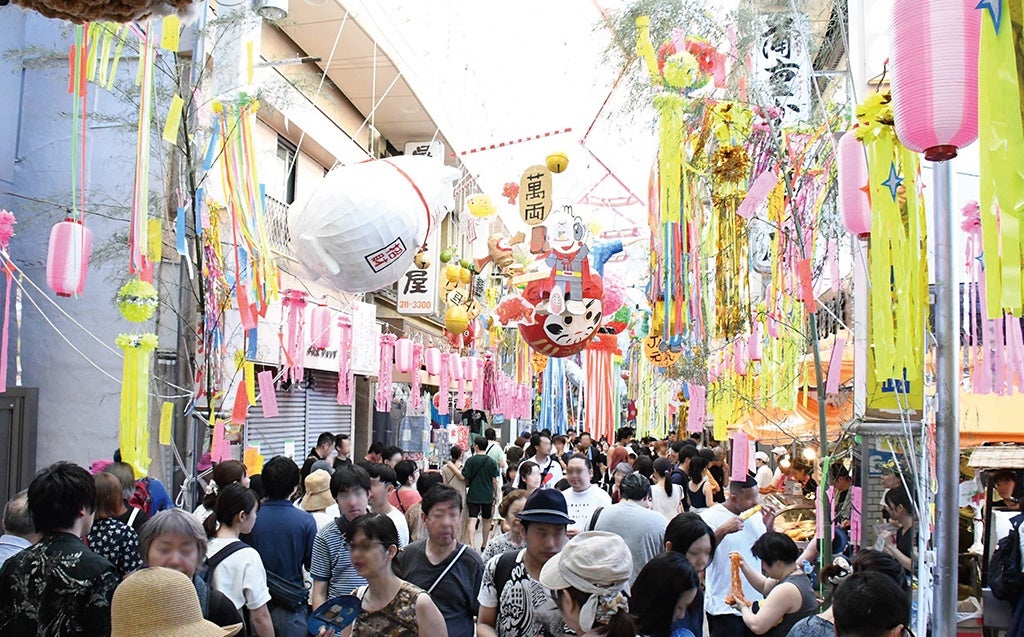 As a designer, Minagawa found ‘Sansa Odori’ also interesting. He saw the dance for the first time in Morioka, where his sister and mother live. “There’s a flowing feminine elegance in the gestures; it’s rhythmical. It stayed strongly in my mind how everyone entered the world and concentrated on dancing. It was beyond the Bon dances—there was something sacred about it. It really made me see how culture is being faithfully passed on to the younger generation.”

Another festival is the Summer Solstice Festival in Finland, where he spends about a month every summer.

“For a festival, it’s pretty quiet. Everyone performs folk dancing, and at the end they make a great bonfire. Everyone just watches it silently. The atmosphere is like praying, more than joy of summer.”

Festivals come in all forms, but at their heart, they are expressions of thanks for nature’s bounty—harvests in particular—and this is something we see in every country. Is there any difference between what you see in ‘festivals’ as a designer and what we can see?

“Take farming, for example. Even if you put in a lot of effort, at the very end you’re still left with part of it being in the hands of the gods. Because you’re dealing with nature, and human efforts can only go so far. You do everything you can, and then leave the rest to God... I find that attitude very nice. We need to remember that it’s not a stance of “if we put in our effort, it should turn out okay,” but one of “we’ll put in the effort, but in the end, we rely on the bounty of nature.” We do not make things that deals with nature, but there’s still a part that we have to entrust to the people who make the actual items in the factories. Clothes isn’t a product of nature, but it is the same, in terms of ‘leaving it to others’. It’s not my efforts alone: a lot of people are involved, which means that there’s no end of work in the factories, supporting people’s livelihoods. This cycle is important, I think.” says Minagawa.

No matter what sort of AI develops, people continue to appreciate something that cannot be seen, and dance in festivals. Today, clothes of minä perhonen are loved by people from both in Japan and overseas. The reason is not just the beauty of the clothes,bags and so on, but because they can feel the “truth” within the making process.

Real things never disappear. Just as festivals in Japan will continue, so will Minagawa’s designs and creations. 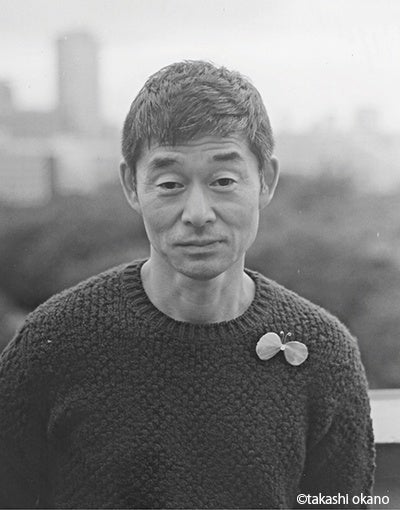 Akira Minagawa, Designer. Founded the “minä” fashion brand in 1995 (name changed to minä perhonen in 2003). Received the Minister of Education, Culture, Sports, Science and Technology’s Art Encouragement Prize for New Artists in 2016. Held the Tsuzuku exhibition in 2019 at the Museum of Contemporary Art Tokyo to showcase the brand and his views on creating and the world (Tsuzuku will next be shown starting in June 2020 at the Hyogo Prefectural Museum of Art).